I had this running in a previous version of OS X, but then it stopped working (operating system update made the driver non-functional). I spent some time Google-ing around, but it was hard finding something due to all the information out there being for PC.
This is apparently completely doable on a PC (as described here, for example)
But not as easy on a Mac. Searching Google did little for me… except that I found this cool thing (http://multicursor-wm.sourceforge.net/). I had no idea you could do that.

Nevertheless, now that I have multiple controllers working on a Mac I feel obligated to throw my solution into the mix.
Perhaps this will help someone looking for answers via Google.

Download and install the 360Controller 0.14 driver first: https://github.com/d235j/360Controller/releases
This is an unofficial release driver, because the last one is no longer compatible with newer Mac OS’s. I found out via this reddit post, and here.
It’s stable for me, and I’m not getting any errors, so it’s recommendable. 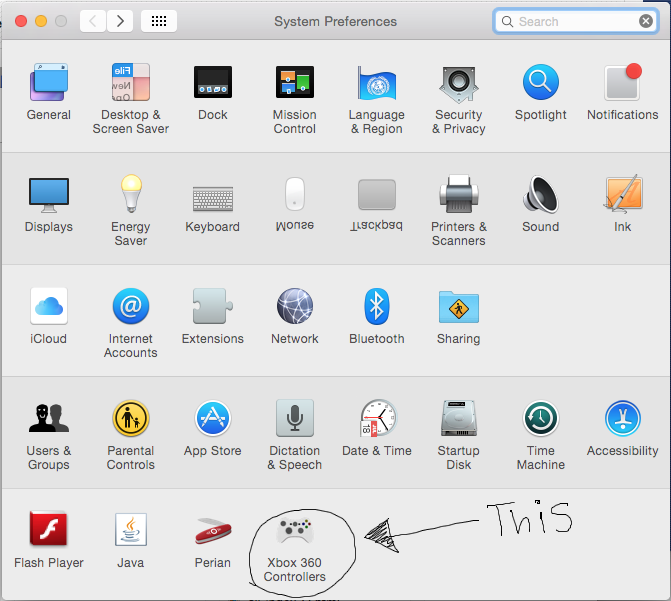 You’ll know it works when it detects the controller and displays controller-ish things. 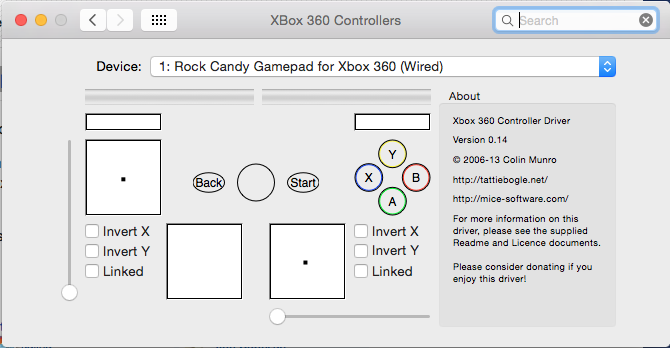 So that’s easy enough, but I need to have multiple controller to develop and test against. So doing some digging I found Vivid Machine’s Controllers app. It’s actually FREE in the App Store.

You can find the download link on the website here (again, in the AppStore it’s free): https://vividmachine.com/controllers/

Open the program (in Applications folder), and you’ll know it works when it shows controller-ish buttony things. 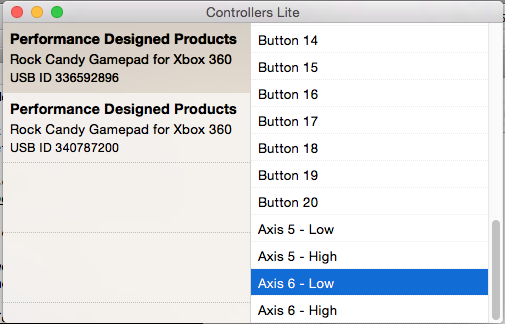 Now that I have it working, I’ll be able to use & fully enjoy the GameInput. This is also included in the Adobe Gaming SDK.
I’ve gotten quite a bit of mileage out of it. I quite like the SDK.
At any rate… I think this setup will get me far enough until I’m ready to have this thing running on an actual console.

I also found this wonderful GameInputTester on github, and it indicates that it does work:
https://github.com/zeh/key-action-binder/tree/master/tests/GameInputTester

“The GameInput classes absolutely work in the browser. Support has been there since Flash Player 11.8 (in beta), then officially added with 11.9.”

I did not know this. That’s pretty nice.

If anybody else finds this post, and knows of a better way of doing this, please share! I’d love to know.