Recently Monkey Fortunetell went live on the AppStore. Get it here.
I’ve announced this on all my social media outlets… mostly Twitter,

Monkey Fortunetell was just approved for the App Store: https://t.co/LZ7EvMfCaJ It's a FREE iPhone app. Go get it! pic.twitter.com/J3PzXQs6mf

and am finally finding the time to make this update. :)

The game is < blink > FREE < / blink >, with no in app purchase, or hidden fees… which already means good fortune for you. 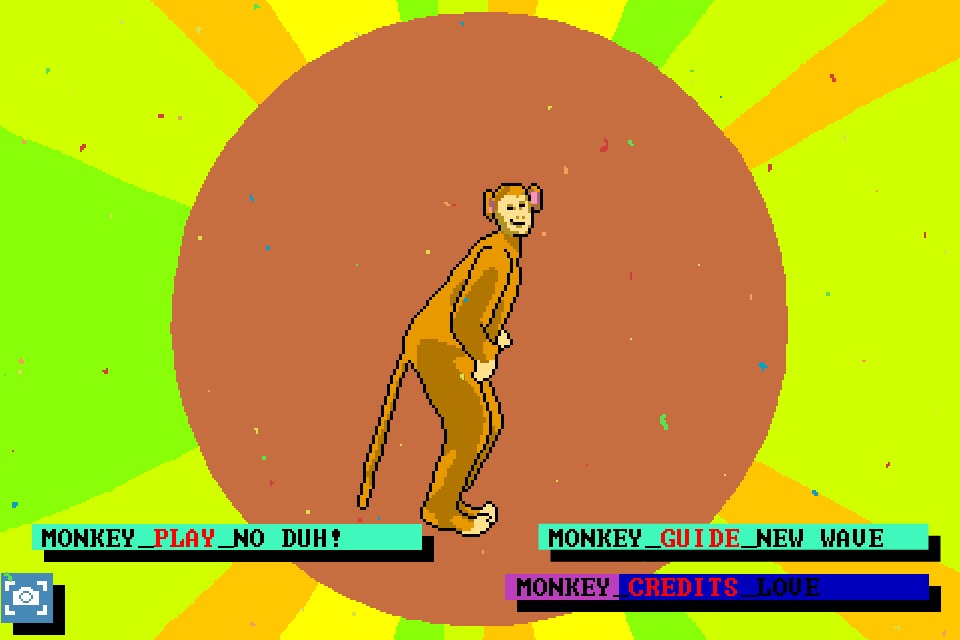 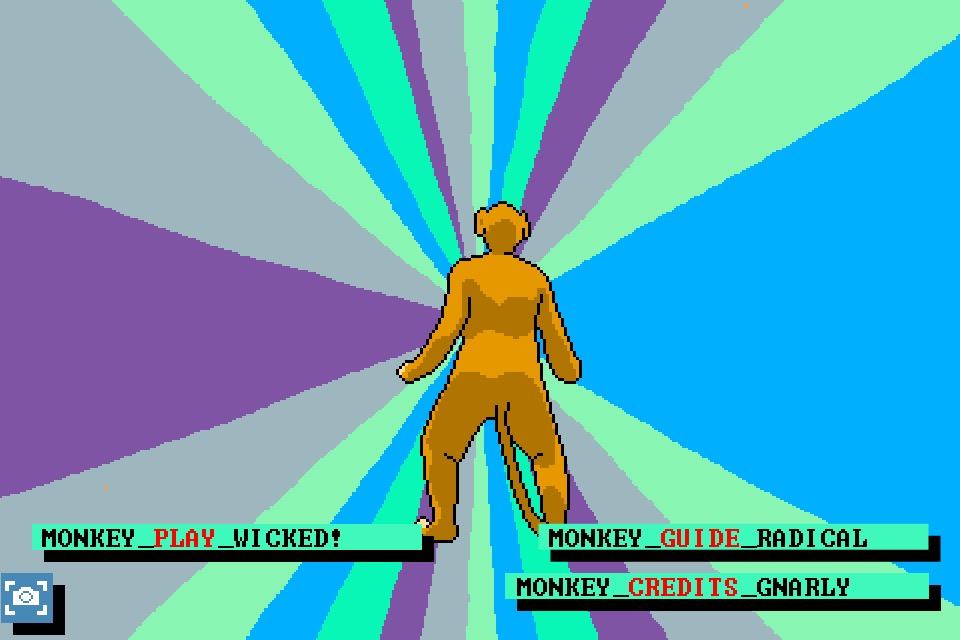 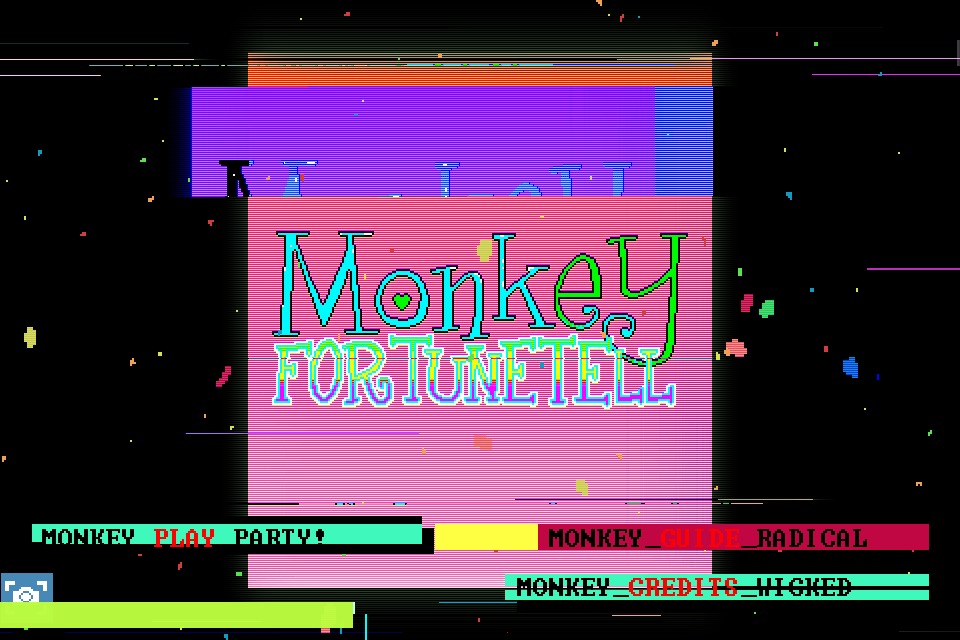 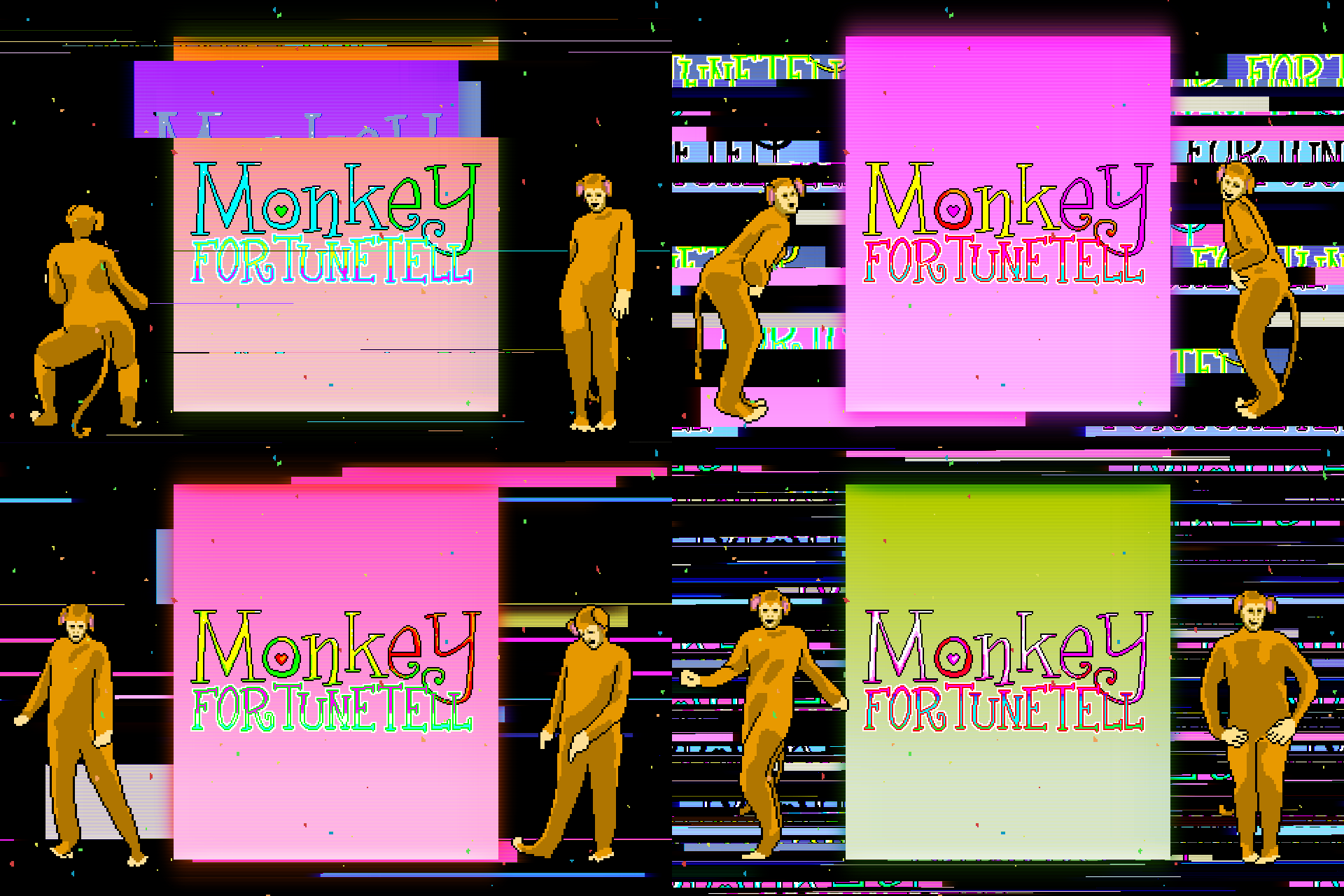 It was such a treat to see how it was received. It also seems to be “spookily accurate”, as a number of people have pointed out (shhh… magic). So I think it wins at what it was created to do!

As part of the IGF finalist thing, I also put a five minute trailer together. This is long for a trailer, so I won’t share it.

Which brings me to the Independent Games Festival 2015 event!
I’m going to be at GDC 2015, and showing my game in the IGF Pavilion (in Moscone South from the 4th to the 6th) — a kiosk there.
SO if anybody reading this is also going, drop by! I’ll be giving away these stickers… 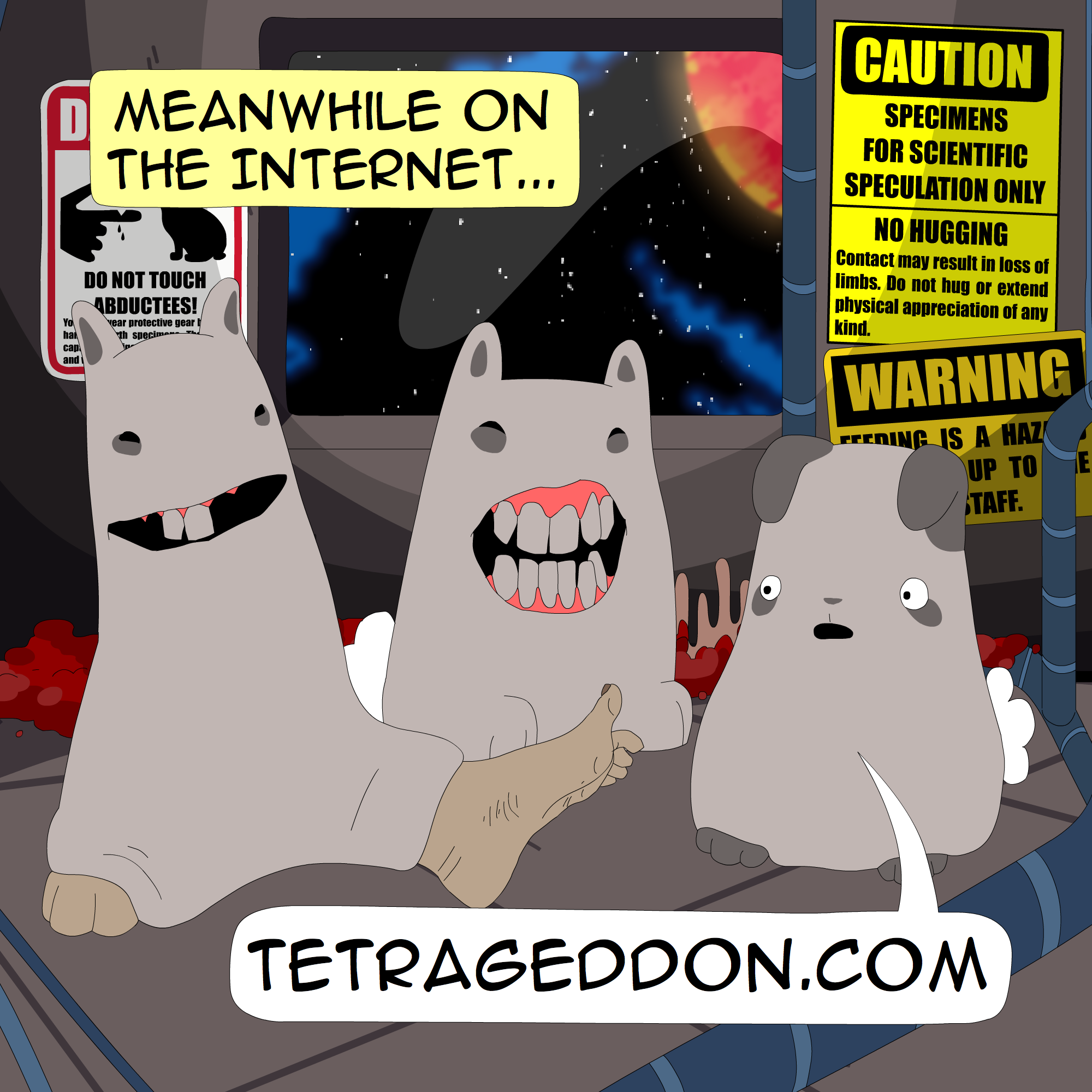 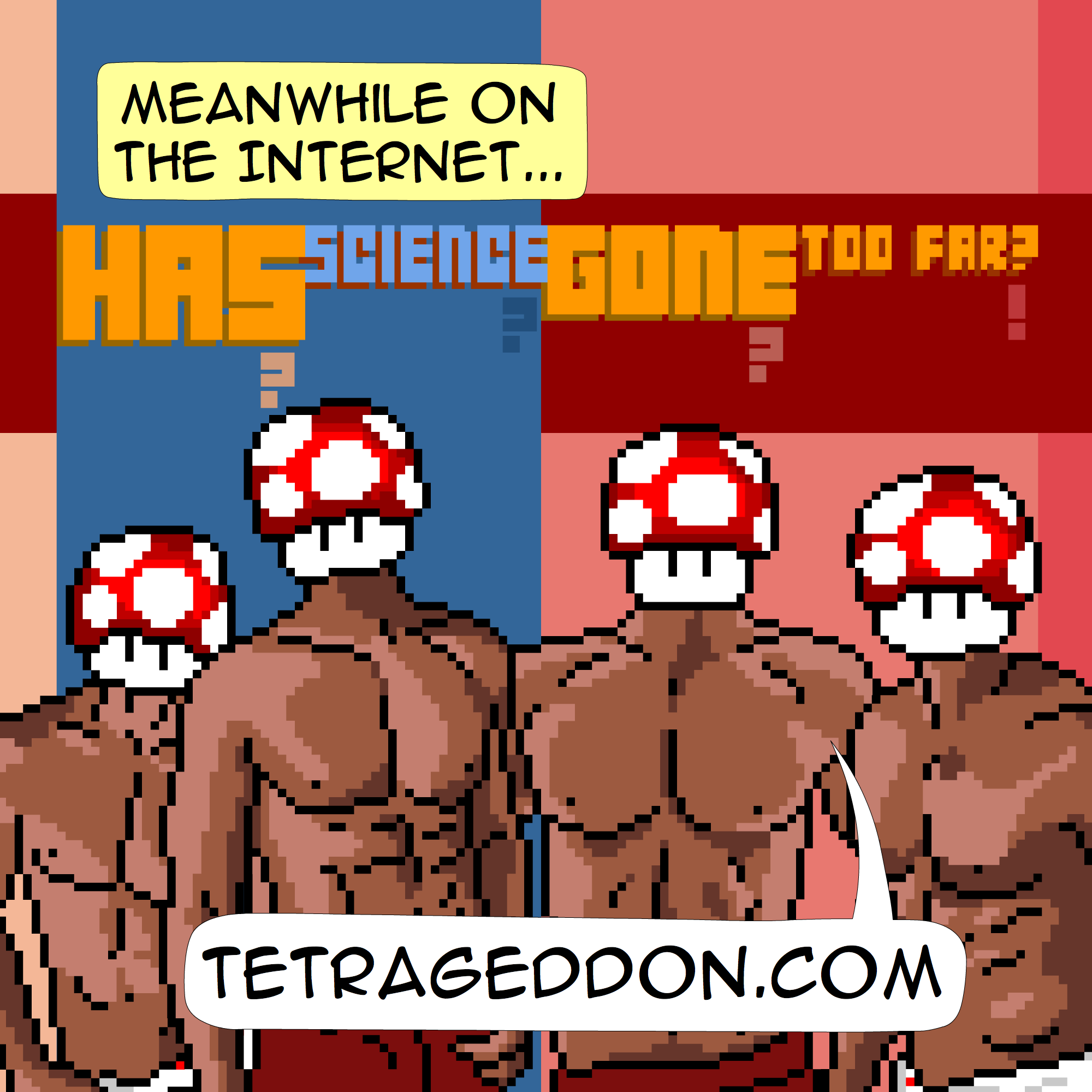 Come get yours! I’ll be thrilled to give you a tour of Tetrageddon Games too. :)

I’ve also been getting into creating “generators” a lot. I think it’s becoming a new obsession. Following up my Beer & Brewery Name Generator, I created a Valentine’s Day “Be Mine!” Generator (HERE) 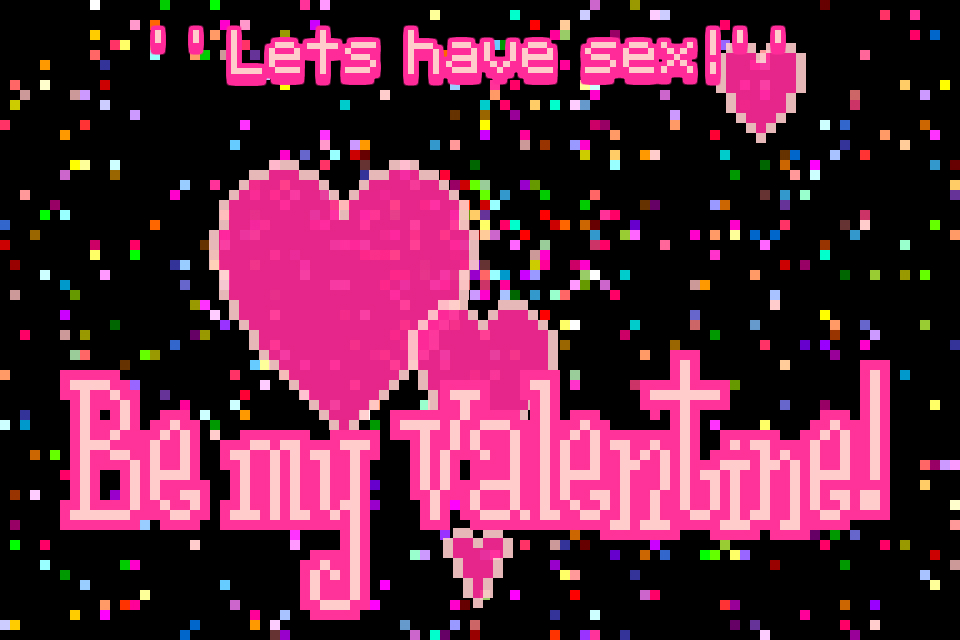 It generates a random reason (some less creepy than others) + “be my valentine”, as well as offer some degree of visually playing with it (draw a bit on it, and randomly position the hearts). When you like what you have you can click on it to save an image — invitation to send to your unassuming crush.

I made this because it’s Valentine’s Day soon…
It’s ok! I’ll be spending it alone too. :)
I say this filled with a mixture of bachelorette pride and a supreme superiority complex.
Feels great!
Ok…

There’s also this really cool thing that happened.
A Youtube channel called Geek Remix has a cool series called “2 Girls 1 Quick Look” and they did a quick look of both Offender 2 (click here) and FROGGY. It made me laugh:

So… In conclusion. I’ve finally gotten all my obligation out of the way so I’ll start working 100% on my next game.
The goal for this one is to create a fun, crazy, wacky, living-room multiplayer game for consoles… At least that’s the target goal.
I have ideas, but nothing solid yet.
I thought of finally taking this guy…

…And making something more of him. Although, I’m still in the idea phase…
But not for long!

I’m hell bent on being a PlayStation developer. I signed up, but haven’t heard back from them yet. Probably need to try that again. There’s so much to do still, I’m in no hurry yet. I figure if I get something more concrete together I can approach them with this…

Actually, I just want to make another game now…
One that’s masterfully insane.