It seems that the 4th of July weekend is a fitting time to announce this, given the subject matter :)…
I’ve just started developing an ARG (A.K.A. Alternate Reality Game) for Tetrageddon Games.
It’s called Hack Deleted, and will be playable online (including on mobile devices), at http://hackdeleted.com.
Hack Deleted will be an extension to Tetrageddon, and serve as a “dark side of the moon” experience (like the dark side of Tetrageddon Games).

Hack Deleted takes place in a dystopian internet future, where government and corporate control of the web is the new norm under the Responsible Speech Act. Here a big push to eliminate freedom of speech has taken place, in order to replace it with the more mature “responsible speech”.
Webmasters, content creators, artists, bloggers… must obtain licenses from the government to express opinions, and opinions must first pass approval.
That being the gist of it… Without going into too much detail about the setting, you (the visitor) will be dropped into the middle of it, browsing an alternate internet from the future.
You will be further introduced to the world there by saving an intelligence that you free from digital entrapment — navigating it through the dangerous terrain of the internet, and avoiding raising suspicion from the watching eyes of those enforcing the Responsible Speech Act. 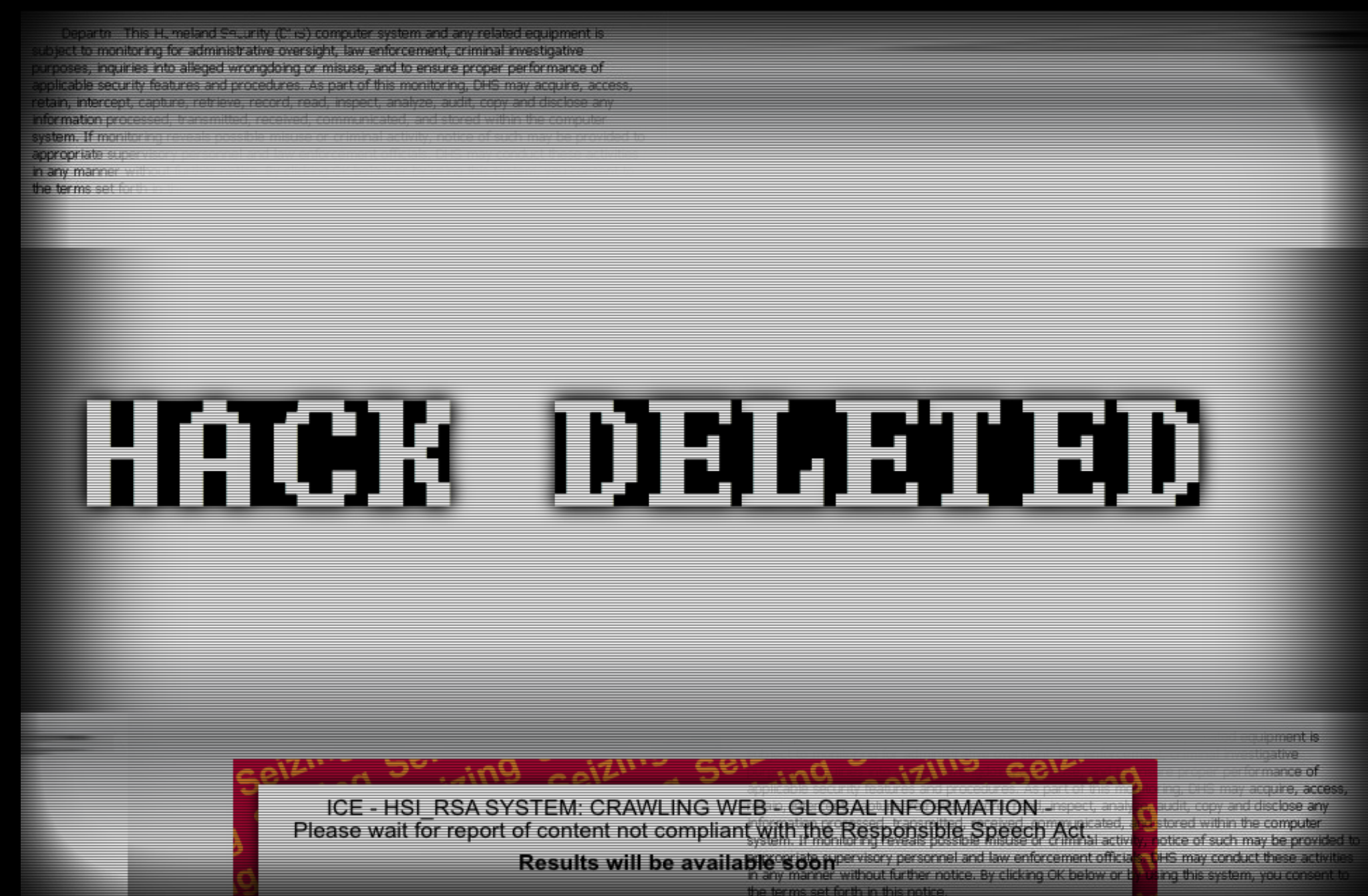 Realizing that this sounds a bit “gloom and doom”, there will be plenty of jokes too. I want this to lean more toward black comedy / humour noir than obviously-in-your-face social commentary.
Eventually you will make your way back to Tetrageddon Games where things are “just don’t-give-a-f crazy”.

I’ve decided to proceed with creating Hack Deleted for a number of reasons. The first being that I want to give Tetrageddon Games more of a background. More “depth”, and story setting.
It’s more than “just a website”, it’s a digital world. So when I’m ready to create the 3D arcade, the environment will fit better in a context created for it.
This will make the experience broader, as well as adding more mystery/allure to it.

On a technical note…
Hack Deleted will be done in HTML5. As of writing this I just completed setting up the back-end for state saving. So progress will be kept track of.
I also want this to be playable on touchscreen (most mobile) devices. It will not be an app. It will be a game you can play online in a (modern) browser (desktop or mobile)… So I think that’s going to be fun for a lot of people.
Hack Deleted will loop back to Tetrageddon Games, and I’ll be populating Tetrageddon Games with fake banner ads from the Hack Deleted universe to get people pulled down that rabbit hole. I’m excited about it. I see it adding a lot of substance.
Just as is the case with anything Tetrageddon Games, the source for Hack Deleted will be released once done… Maybe even with a couple tutorials to accompany that, but there’s only one me… so maybe not. :)

At the moment there is only a teaser page up at Hack Deleted, but I’ll be working full power to have this done and playable within a reasonable time. 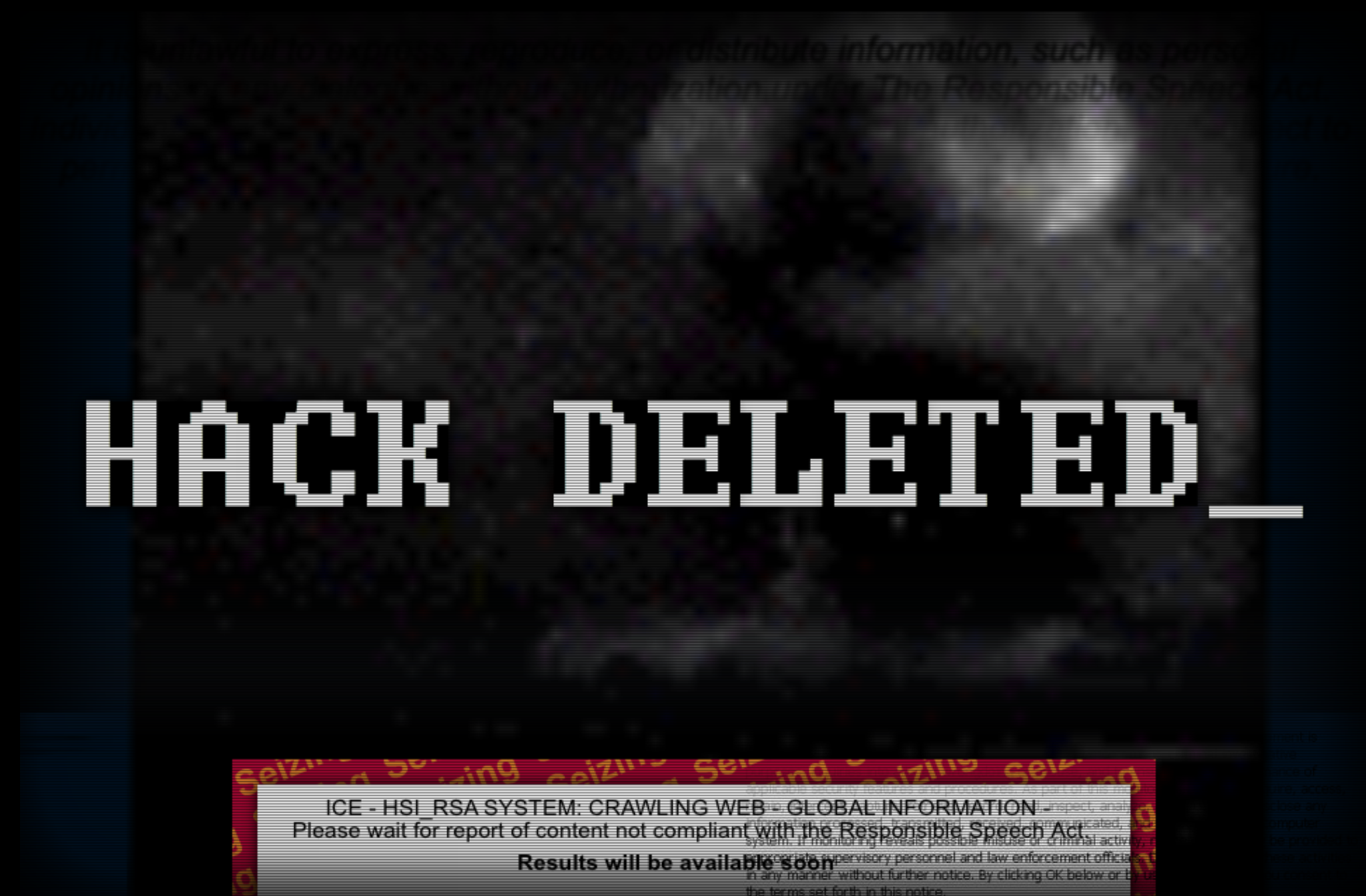