Today I checked my meatspace mail and had a pleasant surprise waiting for me.
Issue #201 of Imagine Shop’s Web Designer Magazine arrived (where Tetrageddon Arcade is making an appearance in the Design Diary).
I’m thrilled (and love pictures) so here are some shots of this beautiful publication:

“Graphics get in the way of usability… very true in games.
Development is the most important part of the production cycle. Tetrageddon needed to be fun before making it pretty.” 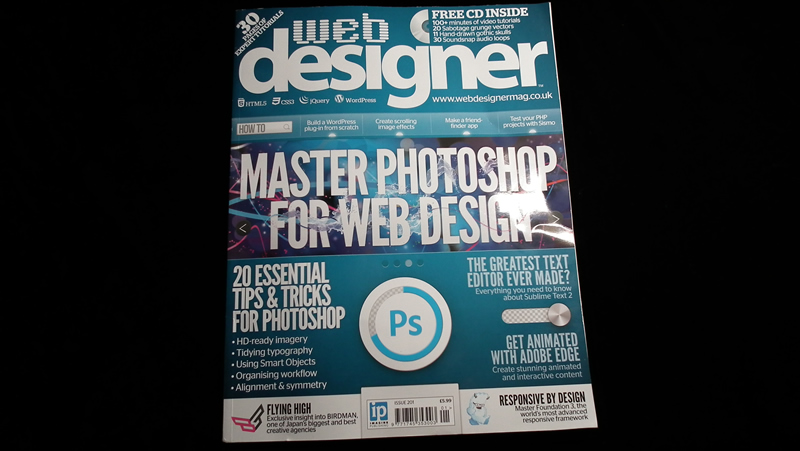 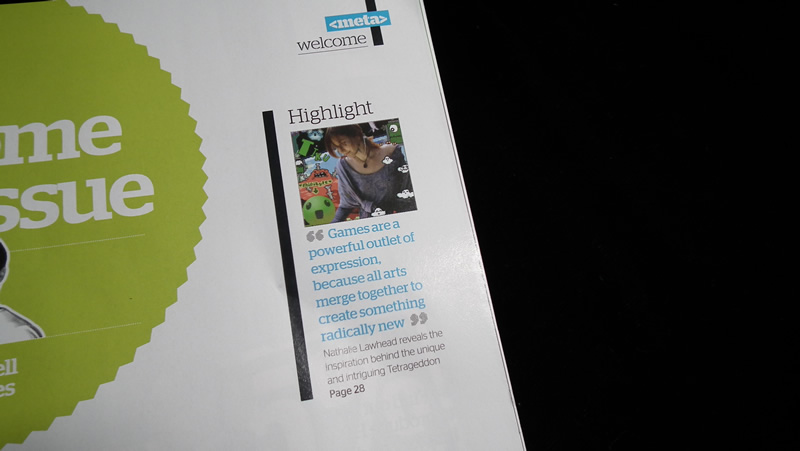 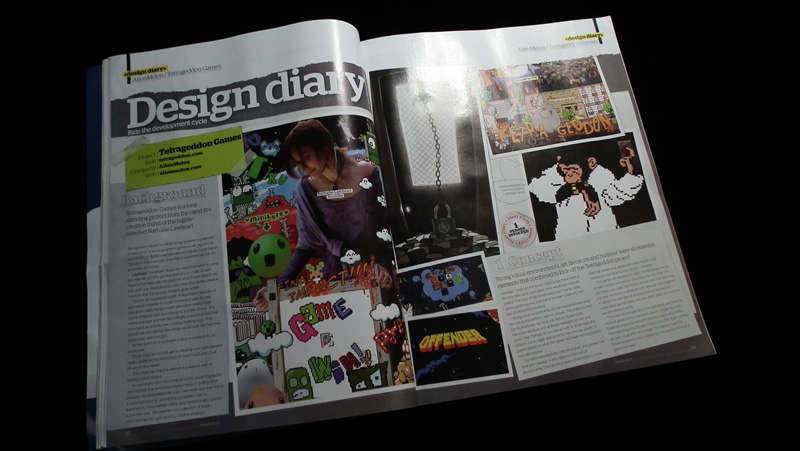 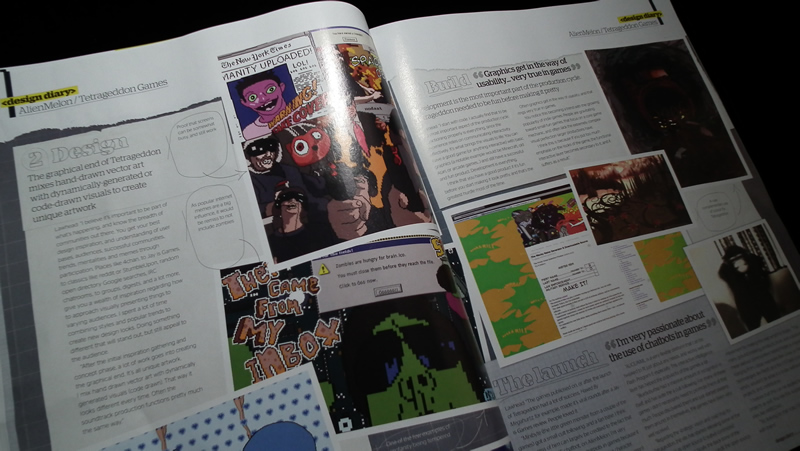 Sometimes, when you’re truly down, and start questioning why you do what you do… and if it’s worth doing at all, life throws so many encouragements your way that you think you’re silly for doubting it at all.
Games are my passion due to the power they give artists, storytellers, comedians, or any other entertainers in pioneering their art.
It is (I believe) the groundbreaking platform defining the future of entertainment where we are engineering our own alternate realities.
Like I often say “games are our expression, and the internet is our outlet“.
Tetrageddon Arcade is my delve into exploring (and contributing to expanding) the game platform.
I picked it up again, this year, after a very challenging 2011. As anyone knows 2012 was a year filled with much speculation. Some said that the world would end, and others said that it would change.
For me it was both!

Tetrageddon Arcade took off with a splash, and I’m now working on it full time. The arcade is slated to generate revenue with its mobile releases.
To honor Tetrageddon’s vision, the same titles will be available to play for free on desktop platforms.
Not to mention it will be continuing with the open source, resource site model. The games are open source, freeware, and fully downloadable.

Like my last post “Making an “E-P-I-C!!!!!!” comeback… (Thanks everyone!)” I’m totally buzzed, and thanking everyone (again) for their support, the players for playing, and those amazing editors / curators for picking it up the way they did.
I’m set in my future plans for Tetrageddon Arcade, and am looking forward to releasing the amazing (and hilarious) upcoming productions.
For only one person working on everything, things are falling together quickly.
More about the project’s vision can be read here.

It was also accepted into the Montereal Festival Du Nouvea Cinema.
If you are, or where at the festival, you can play The Gatekeeper on their SmartPixel.TV touch screens (where it is being / has been exhibited). 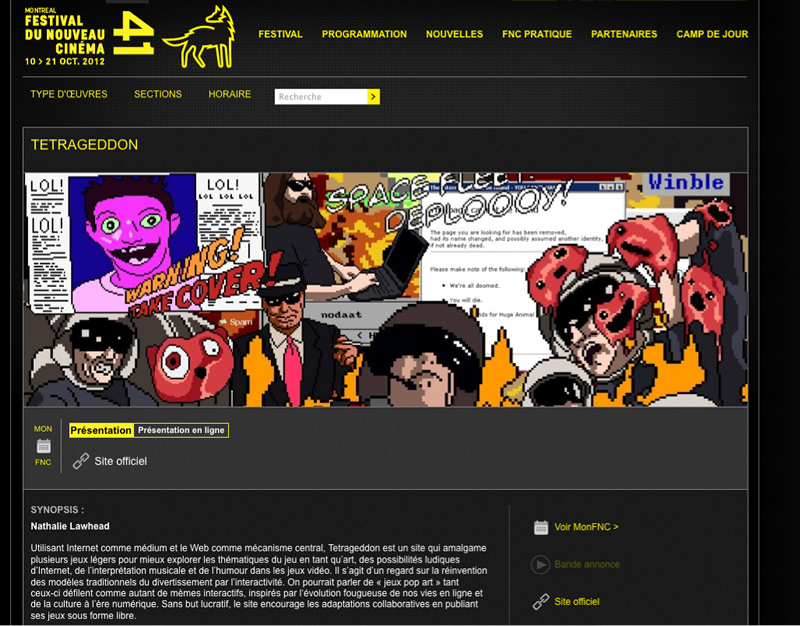 If you want to read more about the arcade, following are some links from the FWA site of the day articles.