“[Tetrageddon Games] It’s a long-term project that redefines interactivity while exploring how the gaming industry has revolutionized entertainment and delivery platforms for entertainment.” 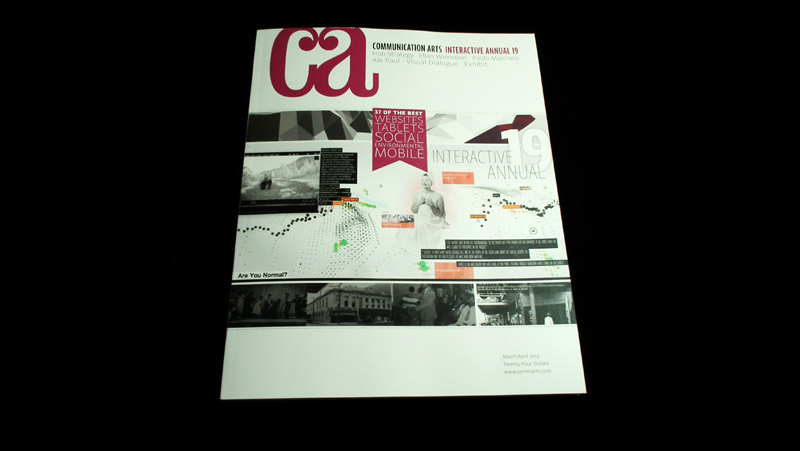 It all started with BlueSuburbia and has been an ongoing project since the early days of online media in the dot-com boom. At that time one often struggled with all the pitfalls surrounding the web’s lack of media support.
Platforms like Flash, and experimental projects “doing what you technically can’t”, are largely to thank for pushing online media as far as it has come today.
After working on so many pioneering projects, ranging from standalone experiences to Alternate Reality Games, I can safely say that we are but scratching the surface of the seemingly unlimited possibilities surrounding interactive entertainment.
Today, I am blown away to say that Tetrageddon Games is in the Commarts Interactive Annual 19. It has a commentary and interview by me. This is an honor, and I’m (again, a bit speechless) blown away by how the project has been received.
Games are undoubtedly art, and I’m thrilled to be among those pioneering that. 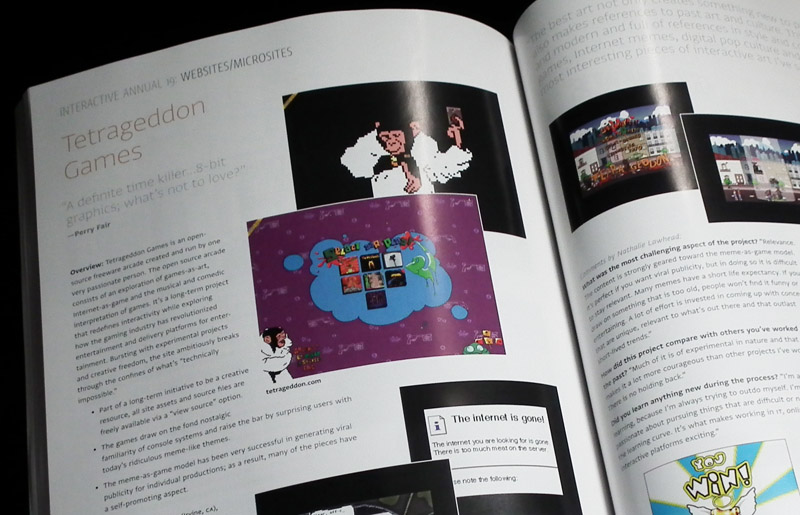 “Bursting with experimental projects and creative freedom, the site ambitiously breaks through the confines of what’s “technically impossible.””

In other news the project has won the 7th Annual Pixel Awards People’s Choice for the Personal category.
As well as a Dope Award.
And more…