Tetrageddon Games was selected as a finalist in the 2013 SXSW Interactive Awards!
Under the Personal category, click here!

I’m absolutely thrilled!!!
Thank you everyone for your support! I would not have come this far without it.

Tetrageddon has also been nominated for a Pixel Award under the Personal category. Voting is currently open for the People’s Choice. Click here to vote.

As an update to where the project has been going, I am pleased to announce that Tetrageddon’s next game will be playable on the iPhone.
Production is coming along well.
The game is called Offender 2 (World War B: War On Rabbits). 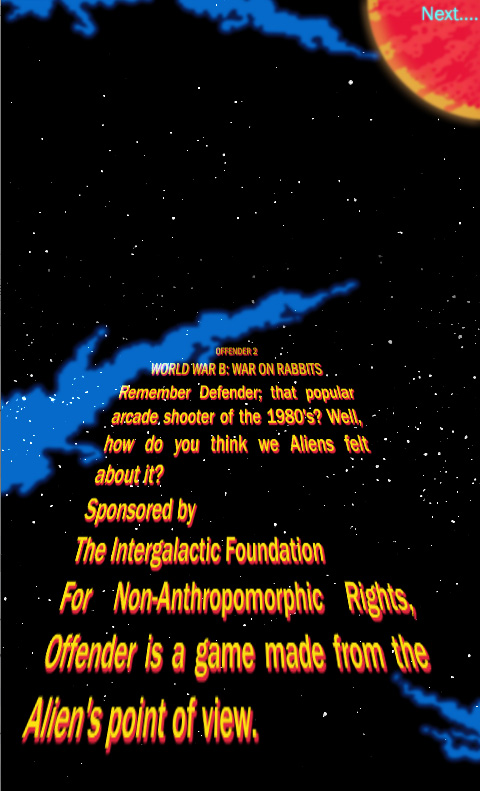 The style of the game is entirely traditional frame-by-frame cartoon animation, with lots of crazy colorful characters thrown in the mix. No pixel art this time!

Because of this approach it’s more work than usual (cartooning usually is), but definitely worth it. The game has a very fun unique visual style.
I love how it’s looking, and it’s already a blast to play. 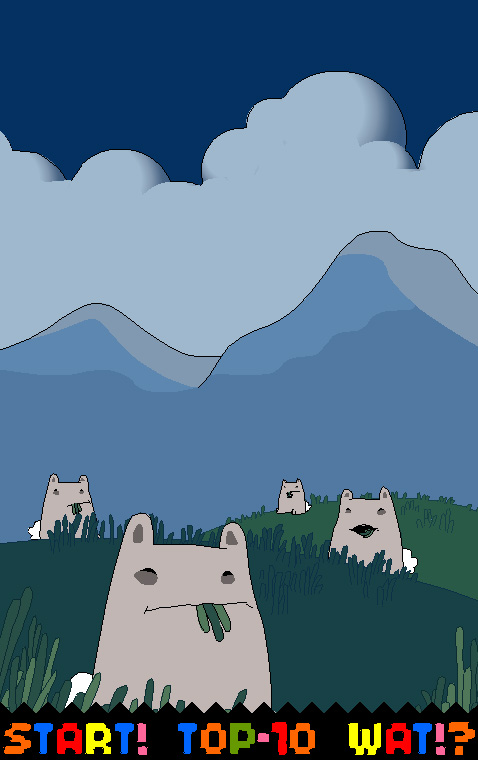 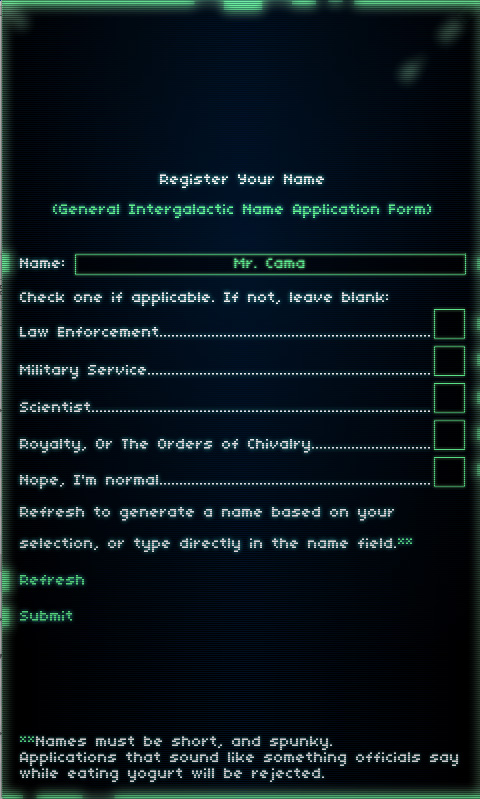 An in-game screenshot of the name creator.
A fun way to make your name, or select a name, that will show up at the very end of the game in the leaderboards. You’ll also be addressed as that throughout the game.
The above is a done up version of my Wacky Name Generator for which there is a tutorial + source files available here.

Offender 2 is a sequel to Offender [Click To Play]. 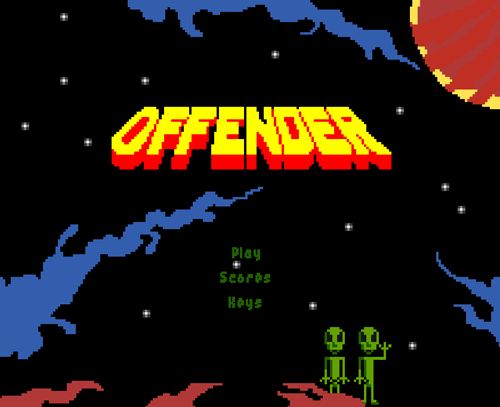 Tetrageddon Games is going to be pushing into the mobile market with its next few releases.
I’ll also be porting what is currently there to mobile. Thanks to software like Autodesk Scaleform Mobile this is entirely possible for Flash content. I am also investigating other options.

Since this is my personal work, and is very much art for me, I am faced with the challenge of how to “charge” for something that I want people to play, and enjoy.
Naturally, I don’t want money to get in the way of (or cut off anyone) from enjoying what I’ve created… on the other hand I don’t want the lack thereof to make it impossible for me to keep creating!
It’s always a challenge.

Due to the move to the mobile platform the site will be generating a revenue with it’s upcoming titles, while allowing people to enjoy the games (for free) on their desktop.
The Non-mobile audience will continue to enjoy the content (and future content) in its non-commercial donation based intended free-for-your-enjoyment form. 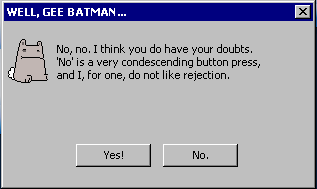 Tetrageddon’s future plan is to become a creative resource for indie game developers. I will continue to Open Source game engines, source material, etc. These next titles are entirely Actionscript 3 with other technical perks thrown in the mix. I am excited to see what will come of it!

You can read more about the project’s road plan here.
Or visit Tetrageddon and play here!
Or click here for free backgrounds, videos and other fun stuff. 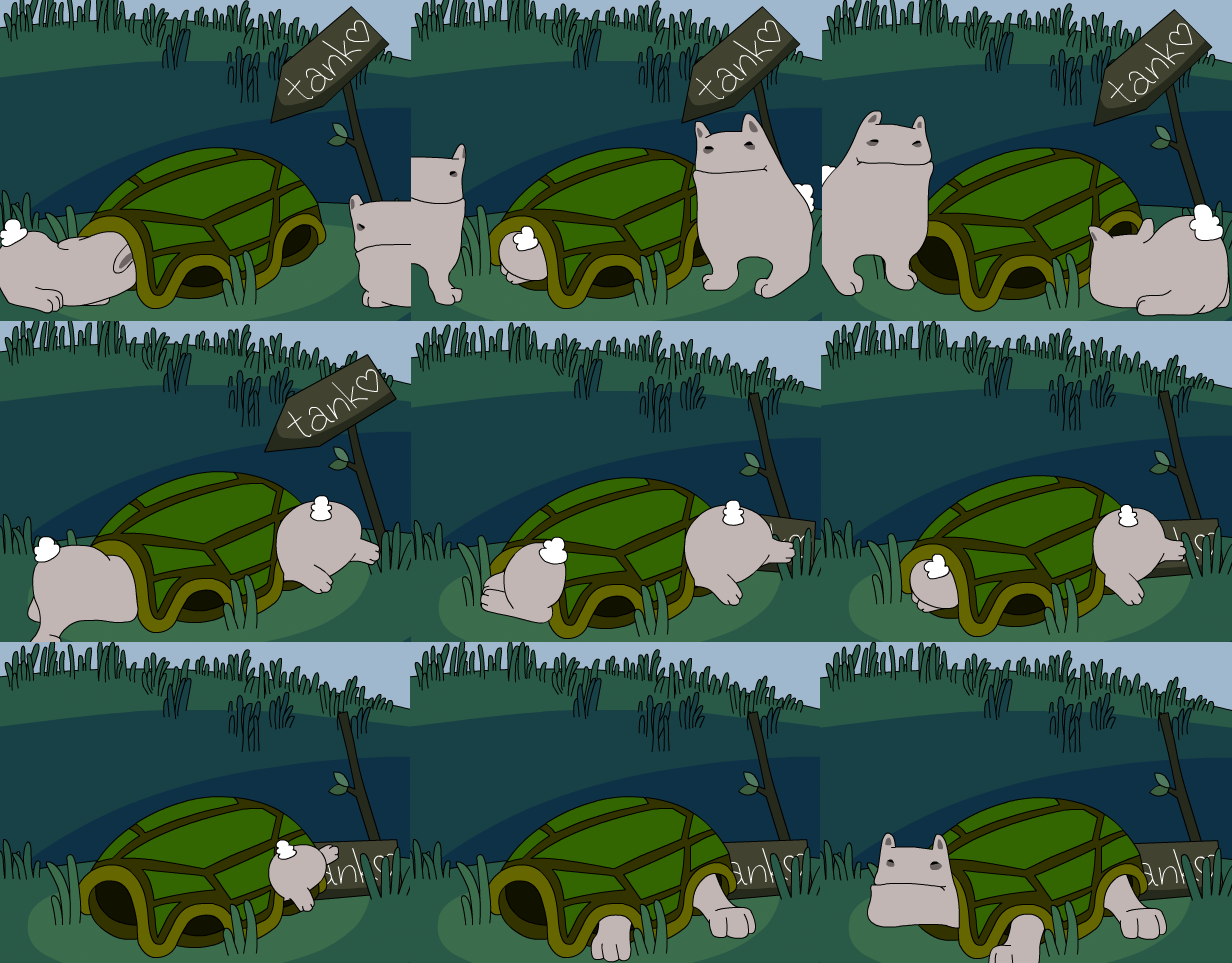 Update:
On a rant related note, I just read a Gamasutra article on Five approaches to ‘good’ violence in games. It brought up a lot that’s been on my mind lately in terms of “violence” being “entertainment”.
Article quote:
“It’s not a convenient admission when we’re trying to distance games from real-world psychological issues and violent acts, but a lot of people like luxuriantly-violent games because they allow us to examine our worst impulses in some excitingly-amoral vacuum. It’s not that most of us have secret fantasies about killing others; it’s more like why we like to pop bubble wrap.”
This article is very profound, and true on many creative levels (as well as consumer levels).
I like the above quote because it reminds me of games like Soldier Of Fortune (the older/first one) where I’d spend hours just rushing through maps groin shooting, or throwing a knife at the groin, and laughing at the result (the game’s feature was enemies physically reacting to what you do)…
Up front it sounds like a meaningless violence simulator (and I know it’s often used as an example of one), but when you played it you have to admit the reactions where golden. It build up to create a situation you just had to laugh at.
I think a lot of “meaningfulness” (or narrative) in the violence in games comes from the player (is applied by the player). NOT saying that I derive a sick pleasure from inflicting pain to groins, or have suppressed issues with it, but the fact that it was possible, and to the extent that it was allowed by the game created a very over-the-top humorous experience. You just had to laugh at it. It was comical, and a lot like popping bubble wrap. Update: A current, and perfect example, would be Surgeon Simulator 2013 (akin to a morbid predecessor to CLOP).
I think this is why other quirks in games become so iconic. Bugs, glitches, and over the top combinations of factors that create a memorable situation when playing with friends.
You have to admit that players giving a game “meaning” is (I think) what often creates the underlying appeal/success behind co-op games like Left 4 Dead, or Counter Strike. The people you play with make all the difference in the world, and the interaction between players creates the “story”, or “narrative”… DayZ is a very good example of this.
These things are just not possible in real life, and that’s the appeal. Maybe we’re barking up the wrong tree when we address “violence”. In the end, It’s just another tool.
Games are different from movies in that movies make stories, but games make situations for you, and it’s entirely up to you to do something with that situation…
He also makes an interesting point with “Incredibly grave physical situations have been the backbone of comedy forever…” It’s a good quote, and definitely something that finds it’s way into my work a lot. Like early Slapstick comedy, it just wouldn’t be as funny if it weren’t for that.
On a possibly less relevant note, I had an interesting discussion earlier about the phrase “meaningless violence” being so overused that it lost its meaning. The term “violence” is not really relevant anymore. I think substituting “violence” for “conflict” puts things in a better perspective. When you present someone with meaningless conflict, I think most of the issue lies there. It cheapens the overall experience, as well as making the player feel cheep. Good conflict is fun. It covers moments like those philosophical ones in Metal Gear Solid to the aforementioned over the top combinations of factors that create a memorable situation when playing with friends…
Personal views of the creators shine through their work. I think if they don’t have their head on straight they can try to be as profound as possible, but still not pull something “profound” off. A lot of poor indie games come to mind when they’re trying to be more epic than they can afford. It comes off as just too forced, and cheep.
I’m not too sure where this rant is going, but I don’t think people are addressing the right thing when they attack games for “violence” I think there’s more to good vs. bad entertainment than just that one factor. Maybe, in a bad game/experience, violence just stands out more than all the other factors that make it a poor experience. 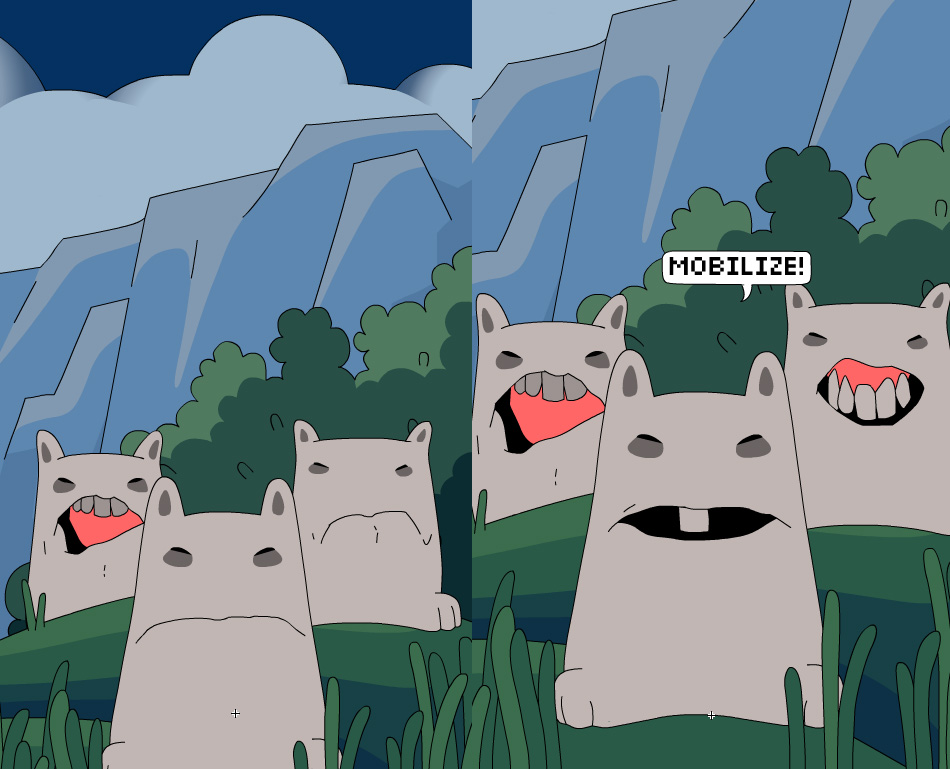