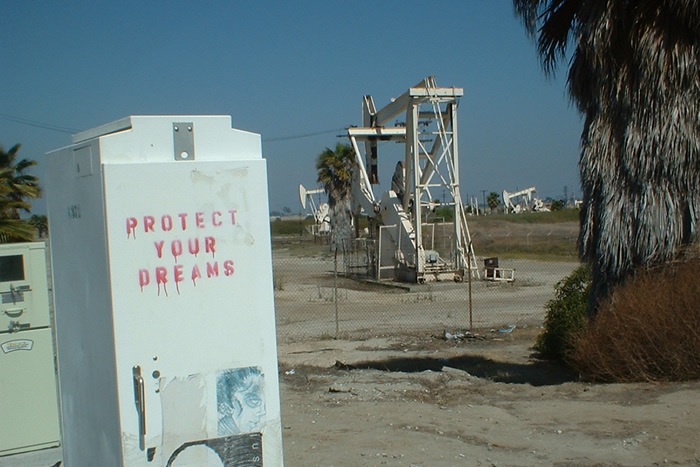 Stir now, sleeping consumers!
Discomforted by unthinkable acts of self-preservation.
Another sacrifice to the â€œGreater Goodâ€ left bloody bodies that blatantly clog our conscience with their memory.
Victims of self-justified, pre-forgiven atrocities remembered only as nameless statistics that slowly melt into our collective forgetfulness.
The controversial stench of guilt is easily sanitized, then dismissed, before entirely buried in today’s trivialities and tomorrow’s news.

Smile now, oh self-proclaimed elite!
Leaders that make fools of your people
and cannibalize life.
Today the gluttons make a feast!
Wealthy murderers guiltlessly rejoice in the spoils of blood as they declare victory.
God has blessed those who oppress in the name of their own well-being.

Where are you now, oh absent deity?
The one that made man,
then walked away,
and has long been reasoned out of existence.
Your holy men do unholy things then hide behind their holy scriptures.
If they speak the truth then god must be a hypocrite!
Nothing more than a pointless riddle written into holy books.
…deaf,
blind,
and mute.

This is the death of man.
Incarnated into that abhorrent form of a deified Nation.
An omnipotent demon, drunk with conceit, casting the shadow of fear and of grief
Of bullet and bomb…
To reap death, that mad fruit of power and pride.
Bred upon the faces of fathers, while lacerating the flesh of children, and tearing apart the hearts of mothers. 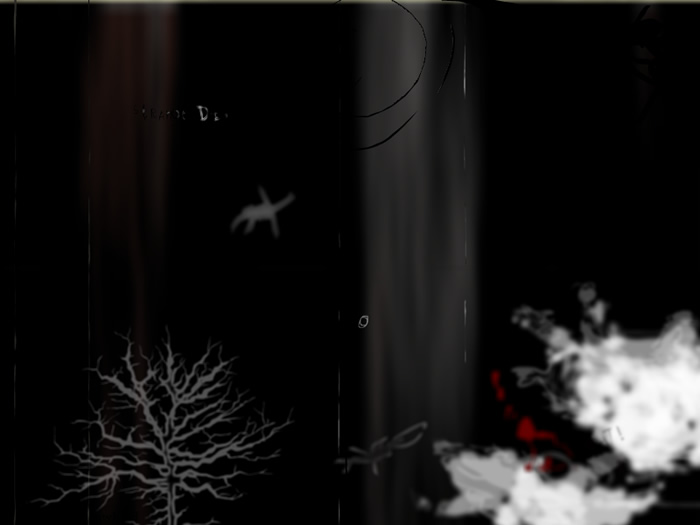 …That being the newest interactive addition to BlueSuburbia. Go see!

You can also download it for offline viewing as a funky projector thing:

Or view it outside of BlueSuburbia as a lonely stand alone… to save your mouse clicks… for more important things… like internet pron!

This was by far THE most animation intense thing I put myself through. Frame-by-frame-by-frame-by… it has very little tweening. Wow.
Personally, I’m surprised at how well Flash handled all that. A 106 MB .fla (with all assets in the library in full use) turned into a 3.24 MB .swf. Impressive to say the least! …although the .fla literally takes two coffee-breaks to open. Many of the animation sequences are VERY abstract â€œFlash-rotoscopesâ€ from old public-domain World War 2 and 1950’s Nuclear Testing/propaganda footage. After drawing all the separate sequences I applied a shitload of bitmap filters to them to make them look like burned/damaged 8mm film. A combination of scripted Perlin Noise and just Noise was used to lightly texture the background… and to finish off the â€œfilmyâ€ effect all other film-noise-flickers-blurs-splotches-grains-etc are randomly generated via action script. The soundtrack (both sample and synthesis based) is very fragmented, with the main track being generated at real-time via AS. It’s pretty cool because the method of having actionscript constantly assemble the audio saves loads on the end-products filesize. You don’t have to make a huge .mp3/.wav to play â€œseamlesslyâ€ in the background, let the code be the DJ. All other audio is then user generated, via interaction… so the thing always sounds interesting… and… well, go!

In a cobbler shaker combine:

A ton of ice

Pour (unstrained) into a martini glass.