Recently someone on GameJolt made this youtube video of the Electric Love Potato.
There have been a few now, but I laughed so much I feel inclined to make a blog post of it.

For those interested, the other videos on this users channel are equally as cheerful. I like them. They’re fun and upbeat.

It’s the sweetest thing!
I so love how people have loved the potato… Wow, taken out of context that can sound crazy.

It’s interesting that two of those are DEMON POTATO video’s. I would like to formally state that

“potato loves all, even if some don’t love it back.”

If you haven’t already seen it, I made this “Interview With The Love Potato” some time ago. It may give you a laugh or two. 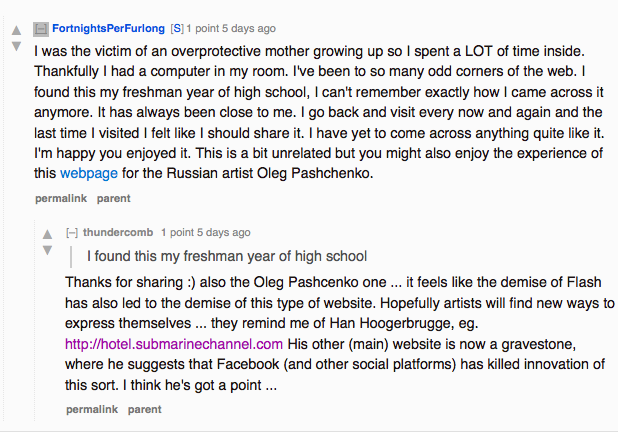 It means a lot to me to know that people still support this type of websites.

I will continue to make them as long as there is Flash. I think the unfortunate thing about this entire conversation is that it is impossible to make something of the same quality, and caliber, as BlueSuburbia in HTML. You lose so much in the transition to javascript, canvas (or whatever else I try), HTML… don’t get me started with the argumentative details.
The problem is that people have settled for so little with internet content (crazy websites are becoming less crazy).
No one wants “more” anymore, so HTML is enough. It’s difficult to bring this up without getting “shot down” by HTML enthusiasts right away (like, “learn X”). Thing is, I learned the “other stuff”. I tried the “other stuff”. I’m constantly investigating the “other stuff”. I can’t make BlueSuburbia in HTML.
I’ve been fighting with this subject a lot. I’m not sure I even want to make stuff anymore once the ability to make this sort of website disappears.

I don’t know. Maybe I’m being unrealistically doomsday. This is obviously a frustrated heartfelt rant. :)

In other news… I’m continuing with my work on Tetrageddon Games! Hope to have more update soon. It’s been 100% nose to the grindstone.
Oh, and… if you’re using OS X, you may enjoy this stupid thing I made in Quartz Composer. It’s a GOOD practical joke. :D