Think about it: Potatoware. Potato software. I feel like this is the beginning of something wonderful. Hopefully a trend. Thus my contribution to this (yet to happen) potatoware trend.

I would like to unveil to the world Electric Love Potato! 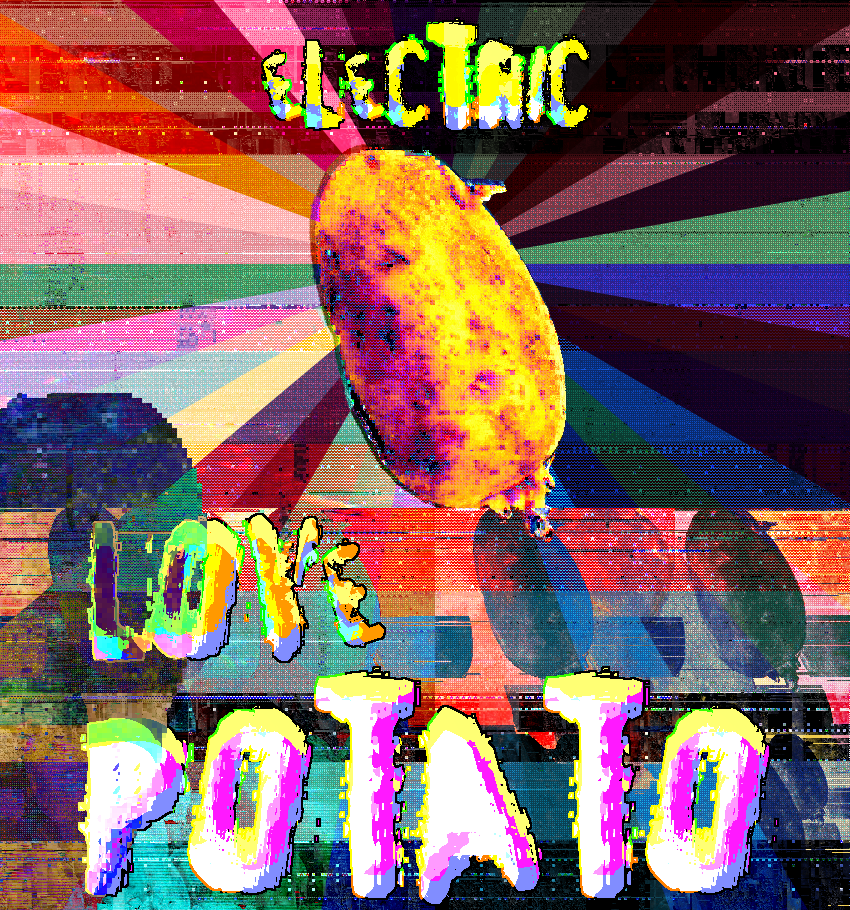 What is Electric Love Potato you may ask?
Good question!
I don’t really know, but…

“Electric Love Potato is a virtual potato desktop assistant that offers positive reinforcement, serenades you as you work, and creates random potato recipes.”

There are like 12 songs. So it’s also a potato album. Potato music… hmmm… 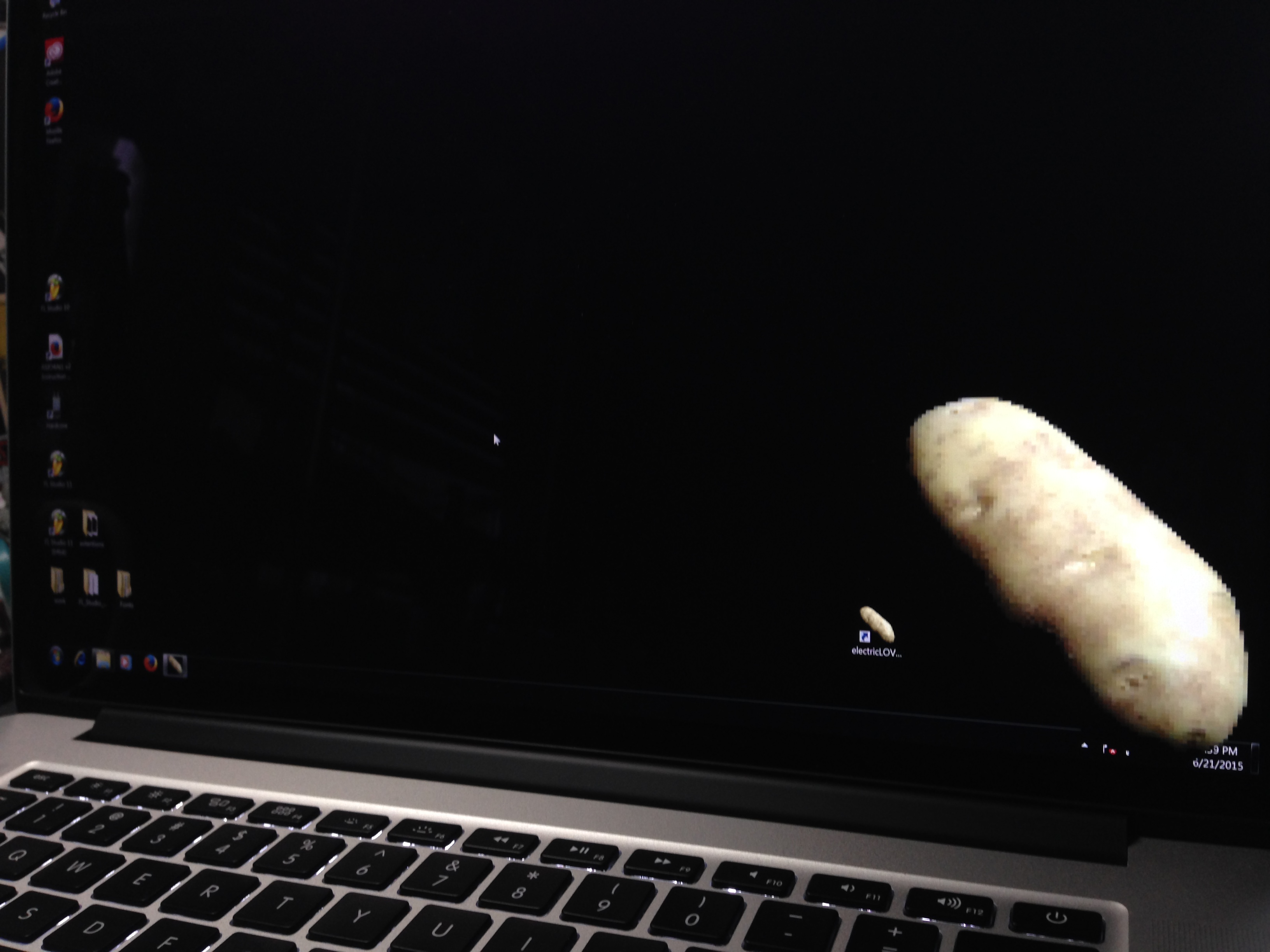 The recipes are generated somewhat randomly. Just like skinning a cat, there are only so many ways to cook a potato. There are a few “base recipes” (like mashed, baked, boiled) and the toppings/sauces are random. Mostly involving cheese.

It’s one of those things where the idea totally possessed me and it was all I could think about until I did it. So I took time off this weekend to finally do it. I am unapologetic. The world needs this.

I am so happy to also say that Electric Love Potato made it to Rock, Paper, Shotgun. It was a thrilling surprise, but also prove to me that the previous statement is true: the world really needs potatoware. 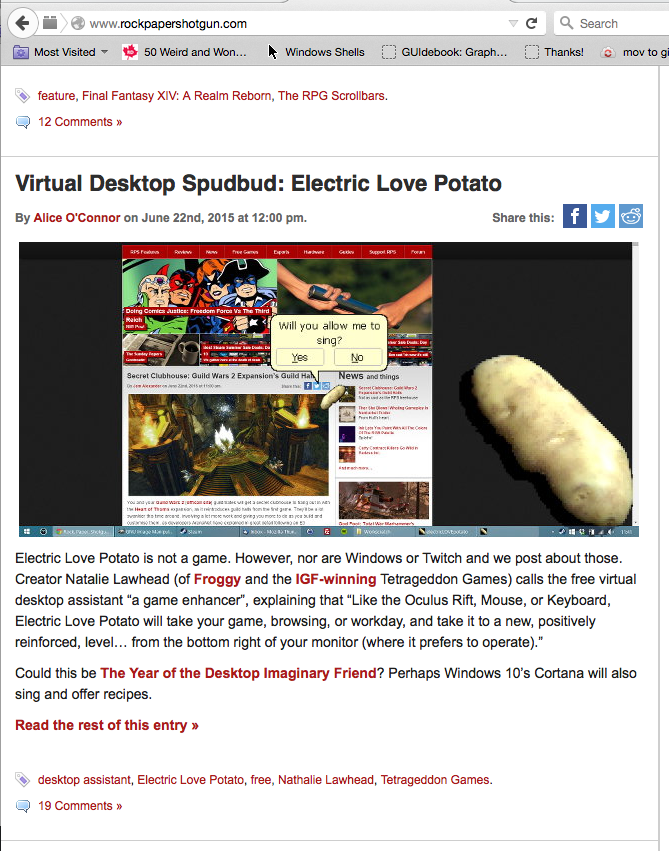 In all seriousness, jokes aside, I made Electric Love Potato because I needed something for when I get depressed while working. It’s been in the back of my mind… or to-do list for a while… I think I said that already.
Something I can just run in the background to cheer me up (with it’s steady stream of compliments and silly songs)… As a little depression medicine. :) …As much of a reason something like this needs, to exist. I don’t think it needs a reason. Pointless ridiculously dumb ideas are the best!

I’m still working fully on the Steam version of Tetrageddon Games, and its next release, Anatomically Incorrect Dinosaurs. Hopefully I will have more to show soon.

While I’m here… I don’t think I posted this here… A while ago I made this cute webcam experiment called PRINT_ERROR02 It’s for making spooky selfies.

It’s been making its rounds on Twitter, and I’m so happy how people are putting it to use. I just got this:

.@alienmelon electric love potatoes are such a boon to the world pic.twitter.com/T1sEB4DWCR

Running more than one. I’m laughing and can’t type!