RUNONCE (remember_me) is an existential desktop pet that you can only run once, and then never again. 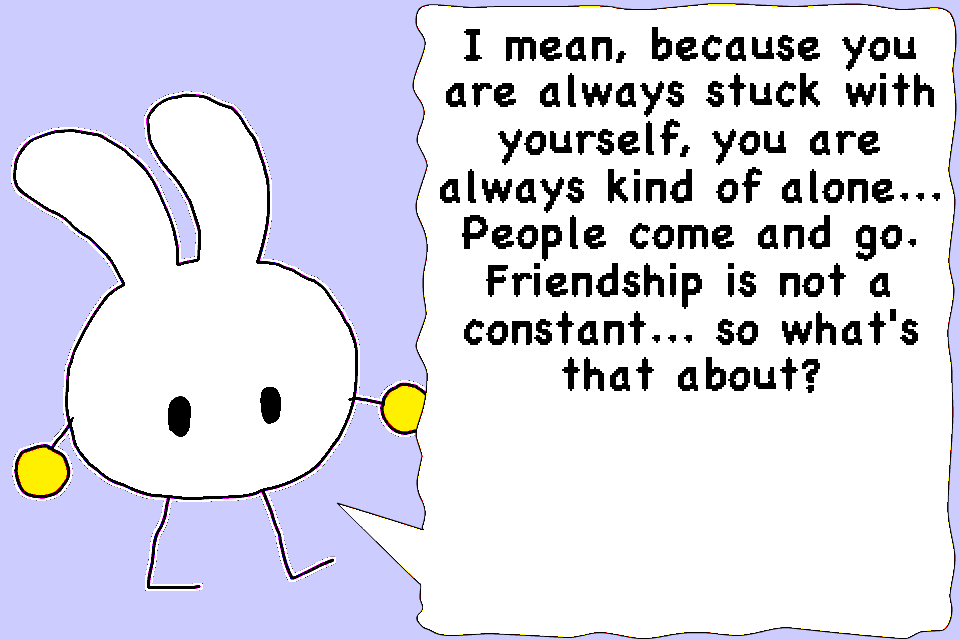 What I think is interesting about this is that it presents you with a warning at the beginning explaining that running it will “break them” and if you do then the damage is permanent.
I think this is an interesting commentary on death, and how we view death.
Aside from the impending permanence of something we will all be, you’re very likely to say “OK! RUN IT!” and as you interact with it the friendship grows, and then you don’t want it to die.
You caused this death. At first it was an easy thing to do, but as you understand exactly what you have killed, you feel really bad.

It’s kind of working with the same range of emotions that happen when you are told that someone you don’t know died… Paging through an obituary might not evoke a lot of emotion. When you’re told that a certain number of people died, you might feel bad, but you won’t necessarily be devastated. Death doesn’t mean much if it’s not affecting you personally. If you know the people that died in a disaster, or personally knew the people in an obituary, it will hurt.
So you don’t know what you are about to kill. You don’t know the personality, the sense of agency, the friendship doesn’t exist… as soon as you get to know it, the consequences of your actions dawn on you. Now it’s your friend, and you want to keep it.
I was hoping it would inspire people to generally value life more… It’s also a challenge to question how responsible we are about our relationships, or friendships, and if we realize how damaging irresponsibility can be to a friend… You choose to be responsible when entering a relationship.
If your motives are selfish, is it wise to even start? Why are we doing it?
It’s a good train of thought…

Closing it will kill it. After it’s closed, and if you re-open it, you get a gravestone with the time and date that you decided to run it. As soon as you ran it, you killed it… so was it dead all along?
There’s an urgency to make your friend comfortable as it walks across the computer screen, talking to you. It has your undivided attention because of what’s going to happen.

Overall, RUNONCE is about allowing yourself to love, hold onto friendship, despite none of it lasting.
It’s about confronting death, and even embracing the inevitable.

Conversation, and memories of your exchange, are saved to a folder on your desktop called “remember_me”.
You get to keep these moments. The friend might be gone, but you still have what you shared.

That’s the gist of it… 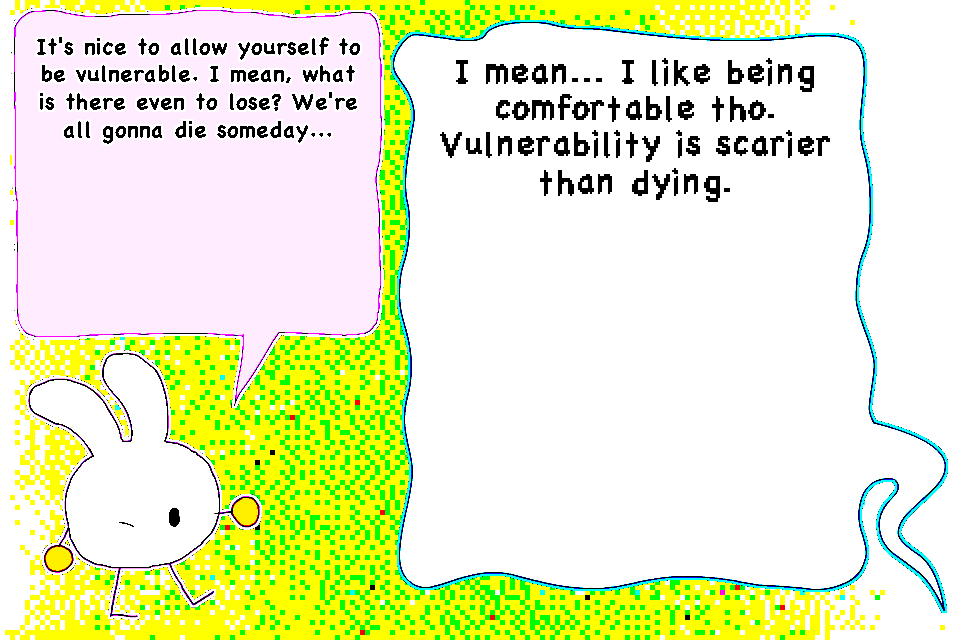 I was told that I could monetize this by selling a “resurrection kit” where you pay to buy a program that will resurrect it. I love the idea. It’s a proper level of cruel, but I like the permanence of death, so this isn’t going to happen.

RUNONCE (remember_me) was made for an event at GDC. I talked about it, and what I wanted to do with it here.

I decided to pull out of the event, and not have the game be part of it, because people shared some really sad experiences and unsettling things about the organizer. This extended beyond rumors, mistakes, or misunderstandings… eventually I questioned my participation.
I’m really tired of hearing these accounts and largely nothing being done.
It was fairly heartbreaking to listen to… fear of repercussions and the word “dangerous” was used too often, so not participating was the right decision to make. I extensively talked about why on the game’s page. That would be my official stance on a problem that’s abundant in games.
I think it’s important to believe victims. This made me think that we might have a better game industry if the people that got chased out because of abusive men actually stayed, and the abusers had to go… or where given plenty of criticism for what they did. I don’t like how true the opposite is… The silent loss of good people that deserved opportunities too.

As I mentioned here, now is a good time to remind people that “gaslighting” is a thing and it’s not the first thing you should default to.
I strongly feel that I made the right decision, and am moving on now. I can’t answer questions about this.
Going forward I suppose it would be a good idea to always ask who the organizer is.