For more lactofermented edible goodness drop by my other recipes (like fermenting raw nut cheeses, and raw ajvar): HERE 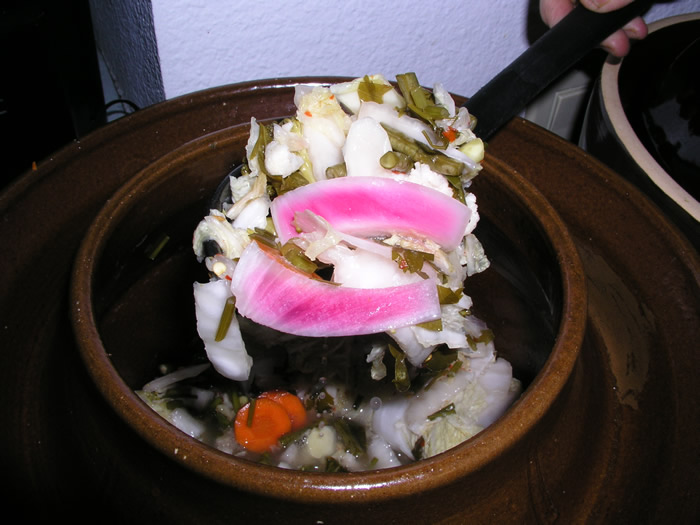 Traditional kimchi calls for the addition of brined seafood, and each region of Korea will have their own combination of main ingredients.
BUT because I’m a culturally insensitive American douchebag, I’m going to make my own adaptation! It’s vegan. 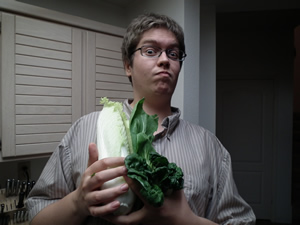 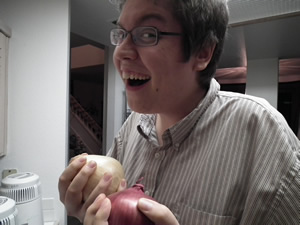 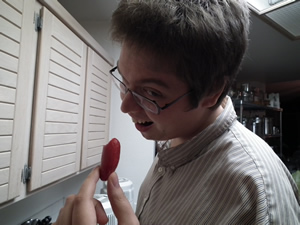 The soaked and unsoaked seaweed (any seaweed in both states) 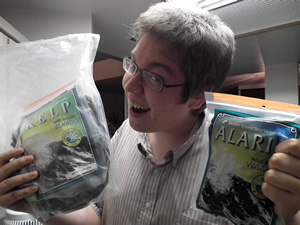 The other vegetables that twiddle your twaddle 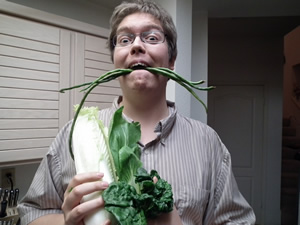 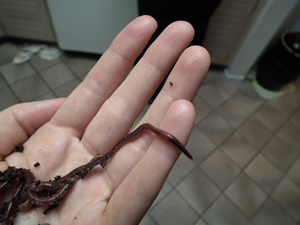 Wait! That was a joke.
Here’s a smiley to accentuate the point: :)

The utensils
Airtight glass container(s) to ferment the vegetables in, or pickling crocks like The Sausage Maker’s, plus weights for fermentation (those are non-plastic, non-metallic, things you place over the vegetables to keep them pressed down),
scissors to cut the seaweed,
cutting board and knife,
and a mixxxing bowl. 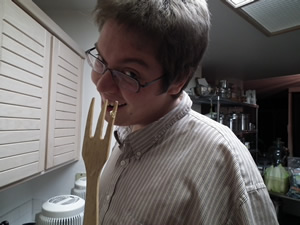 AND the brine and starter from a raw unpasteurized source (sauerkraut water, rejuvelac , or coconut water kefir…)
Starter will kick of a healthy fermentation.
Brine is made by combining 2-3 tablespoons of mineral rich sea salt per 15 liter water. 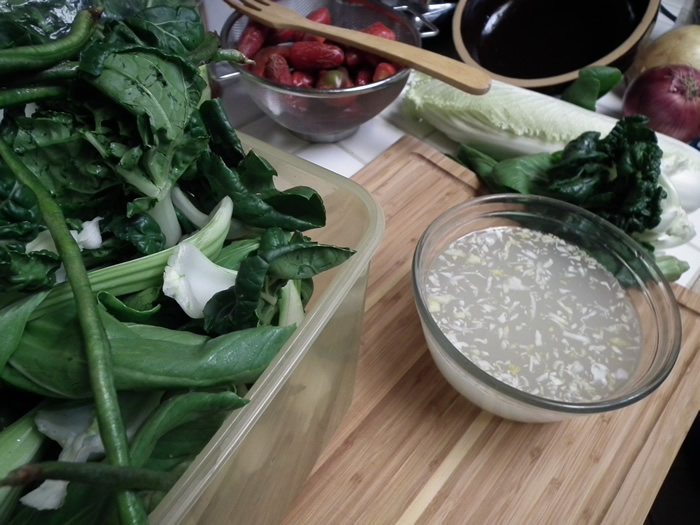 *Chop the cabbage and place into a mixing bowl
*Add 1 tablespoon of the salt
*Mix, press, crush, squish, and love the cabbage thoroughly with your hands (this kicks off the water separation of the cabbage… not necessarily the love part, the stuff prior to that) 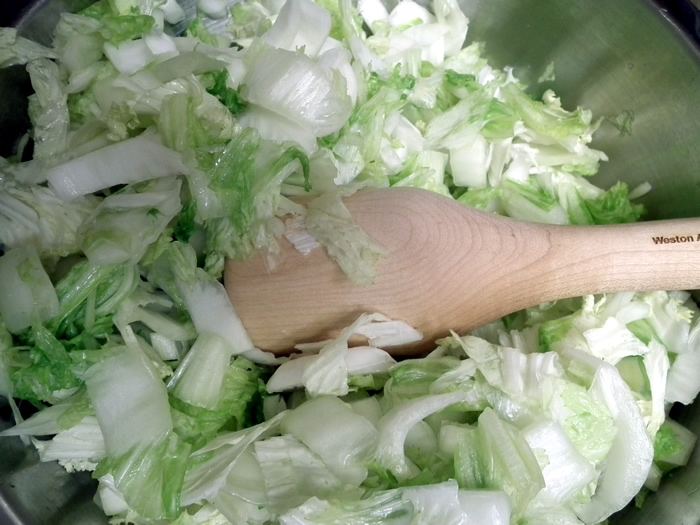 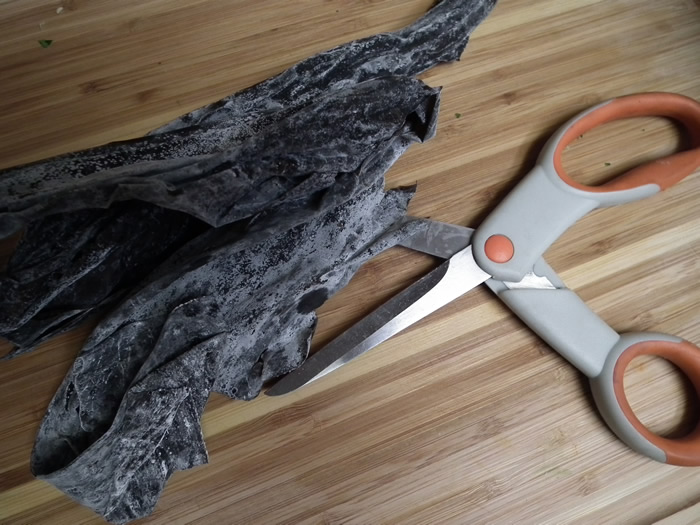 *Add everything into the pickling crock or airtight glass container
*Mix thoroughly with your hands
*Pound everything down as firmly as possible
*Make sure that the interior sides of the pot have not vegetables stuck on it… Wipe it all clean. 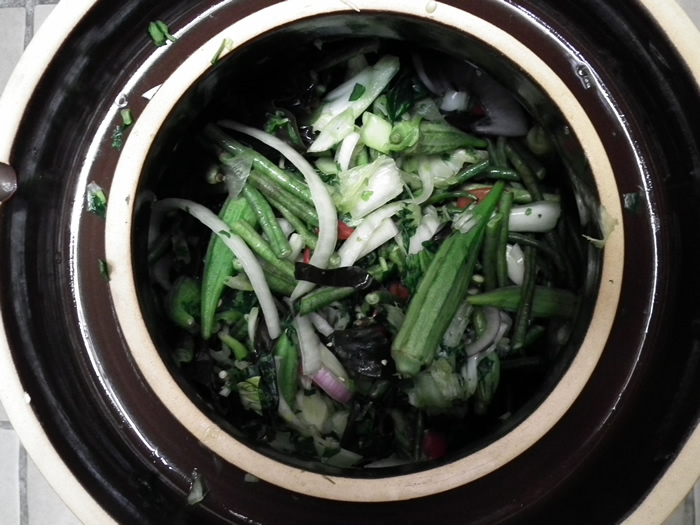 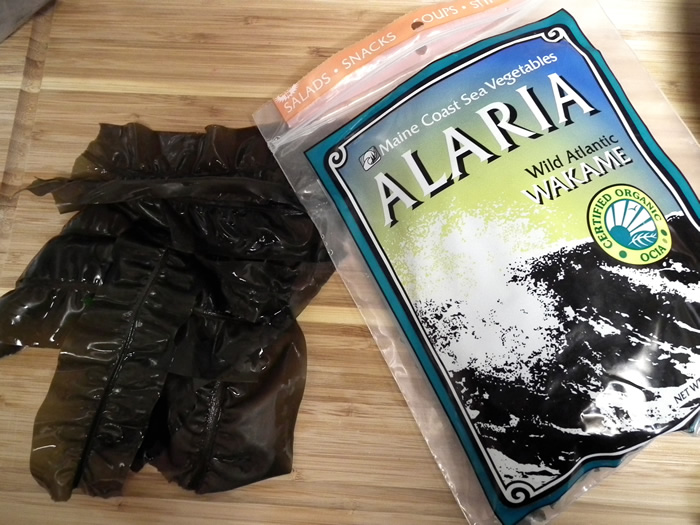 *And cover the top thoroughly with it 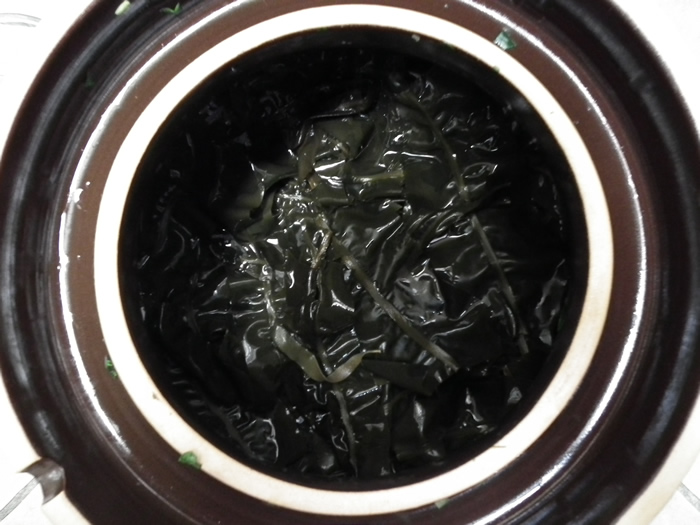 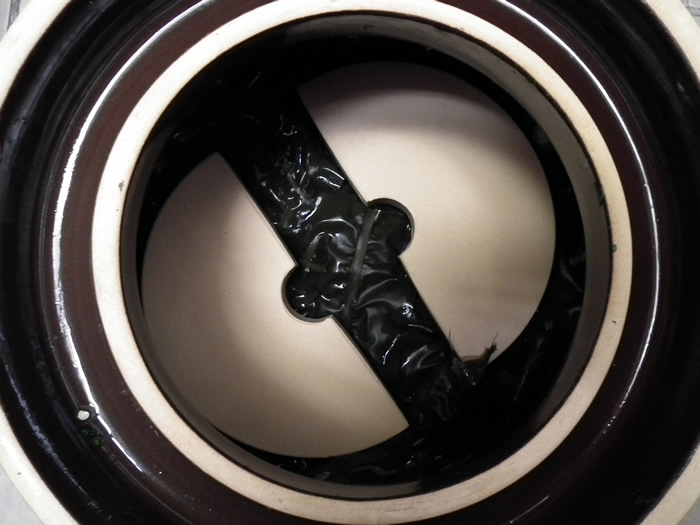 *Cover the entire surface with water so nothing is sticking out of it. 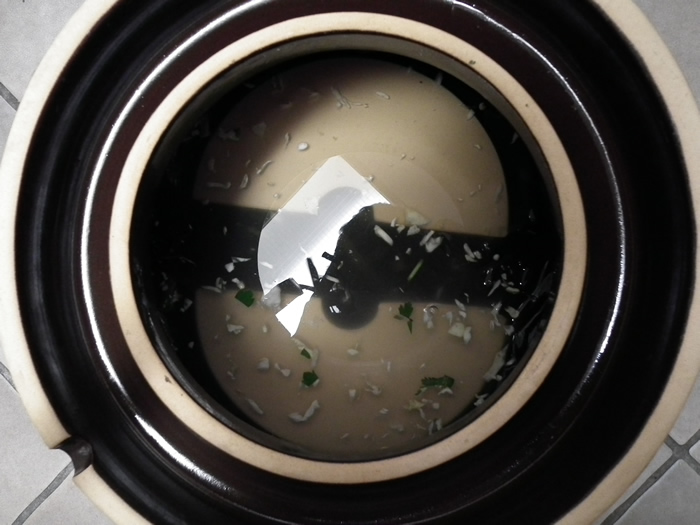 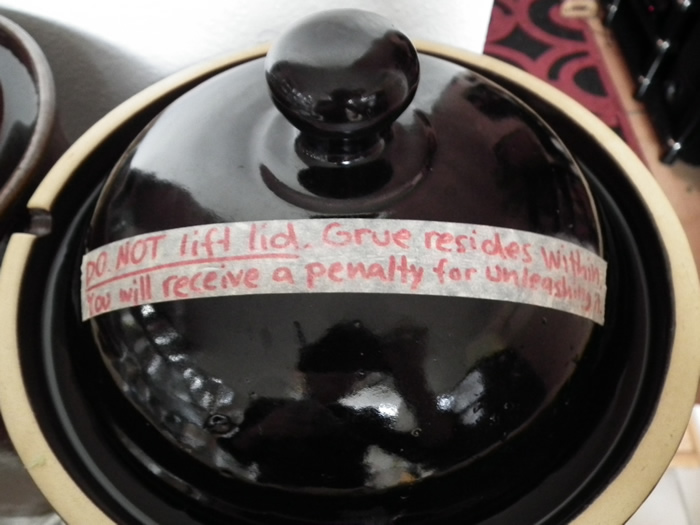 *And make sure that it’s in a warm-ish, very dark environment. Leave it undisturbed for about 1+ weeks (it can sit longer than a week). Usually the longer it sits the better. 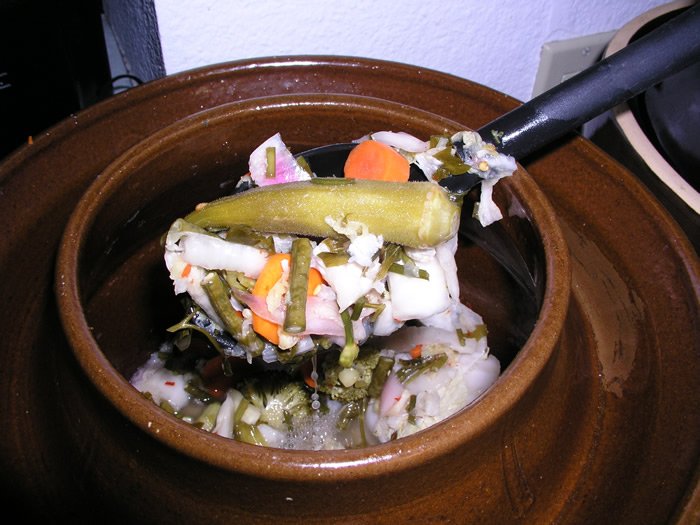 There you have it. My culturally insensitive American adaptation of a traditional food.
Enjoy!

Kimchi, as well as sauerkraut, can be viewed as the vegetable version of kefir or yogurt (if they’re not pasteurized). During fermentation, bacteria produce vitamins and break down inorganic minerals as they digest the vegetable mater. For example, Kimchi will contain as much as double the levels of vitamins B1, B2, B12, and niacin than unfermented cabbage. The same increase in nutrition rings true for all fermented foods (some more some less).
The beneficial bacteria accompanied by lactic acid (the by product of lactofermentation) help one’s natural intestinal flora to establish themselves. Beneficial bacteria line up along the intestinal wall and form a barricade which hinders pathogens (such as e. coli and salmonella) from passing into the blood stream. When beneficial bacteria establish themselves the harmful bacteria, yeasts (yeast overgrowth like candida / yeast infections in women), and intestinal parasites, are kept in check as the healthful ecosystem is restored. Many diseases can be credited to poor intestinal flora, such as leaky gut, inflammation, food allergies (which are often credited to candida overgrowth), etc…
Organic raw produce has not been treated with chemicals, antibiotics, and has not been refined by means of irradiation or pasteurization. All these processes kill any beneficial bacteria, and can be regarded as one of the culprits credited to the lack of healthful intestinal flora in today’s individual.
Lactofermentation can be viewed as a great means of “cleaning up” or “revitalizing” food, restoring the otherwise lost nutritional and health aspects in it, as well as often making it edible at all. Lactic acid bacteria have also been identified as potent tools for the decontamination of heavy metals, cyanotoxins and mycotoxins. Lactofermenting removes up to 50% mycotoxins.
Because of this it can pose an invaluable asset in the age of soil depletion (which results in nutritionally poor food crops), food shortages (the higher nutritional value of a food the less one needs to eat to survive), or food not fit for human consumption. Traditionally, the fermentation process is often used to transform otherwise inedible poisonous foods into edible and even healthful ones. Such as the cyanide-containing cassava tuber , which many communities in South America and Africa will grind and ferment. 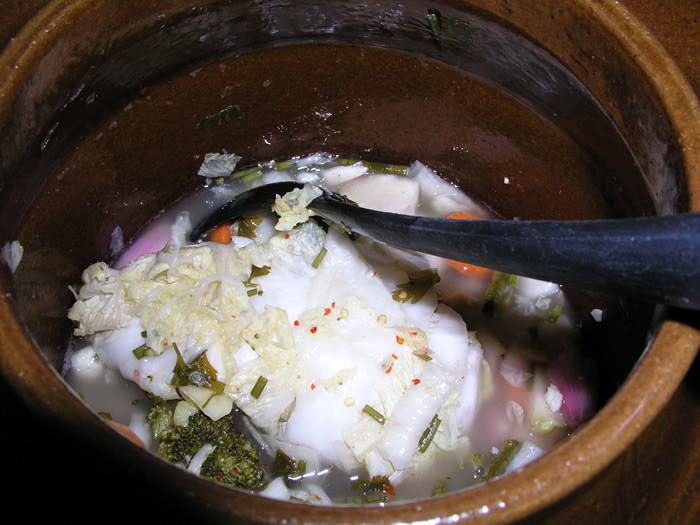