(p.s. excuse the grammar, i’m very tired and there’s lots to do)

Talking about personal things is easy, making a game about them is not.
It feels almost invasive, but at the same time you have a feeling that you’re being overbearing.
There’s a lot to consider to balance out these messages in a way that’s relatable.
Surrealism and abstraction is one way, and I find that to be the easiest (be vague!!). Metaphor is a powerful tool.
Humor is another, but that can be hard to pull off depending on how you approach the topic.
If you add humor you risk making something that’s easy to misunderstand, and too polar.
There’s a “sweet spot”, where you’re shedding enough light on something dark in life, where it becomes more of a commentary than “grieving”.
I’m also adding a lot of unrelated things that are just fun/funny, so it’s not overbearing. Breaking from the pattern (any pattern that you’ve set) is really important (I’ve found).
In the end it takes a level of professionalism (or distancing yourself) from the topic, so that you can do all that.
I am not sure at all if this is being done well, or if the majority of people will “get it” when it’s done, but I’m happy with how it’s turning out so I guess that’s all I can really ask for…

Another thing, talking about the game (elevator pitch) is hard as hell. It’s a game. It’s supposed to be fun. Right?
By principle it is (maybe), depending on your sense of humor. It’s as ridiculous and absurd as I feel life is (it captures that feeling very well), but conveying that in a practical one-liner is hard without driving people away… I mean saying:

…isn’t really going to do it for people. It sounds sadistic. I feel like I haven’t figured that out without it sounding like “ya, this is my personal sob-story”, or something.

One thing I really want to do is discuss sexual assault. I do capture a lot of the (personal) frustrations of being a woman (and abstract them enough so that I think it’s universally relatable “life stuff”), but this topic is something that I’ve danced around the entire time. I feel like it would be critical, because I want to have a level of dignity, hope, and transcendence that (culturally) we don’t exactly allow. I mean, a lot of this is coming from my point of view. It’s metaphor, and feelings, from (like I say) a survivors point of view. This is one of the hardest things to discuss, without personal-condemnation, and I really feel like if I could do that in just one page I’ve accomplished something great. Especially if I can get others (with similar experiences) to laugh at it.

Humor is often abused in our society, I believe. It has a bad reputation when you apply it to things like this. It’s used as a tool to put other people down… keep other people down (assert superiority through ridicule). To me, humor is a thing to lift people up. It’s all very ambitious, but I’m hopeful that I can do this well… and with dignity.

I mean, in the end I’m doing this because I have to say it. It’s the game I would make if I would make just one last game. 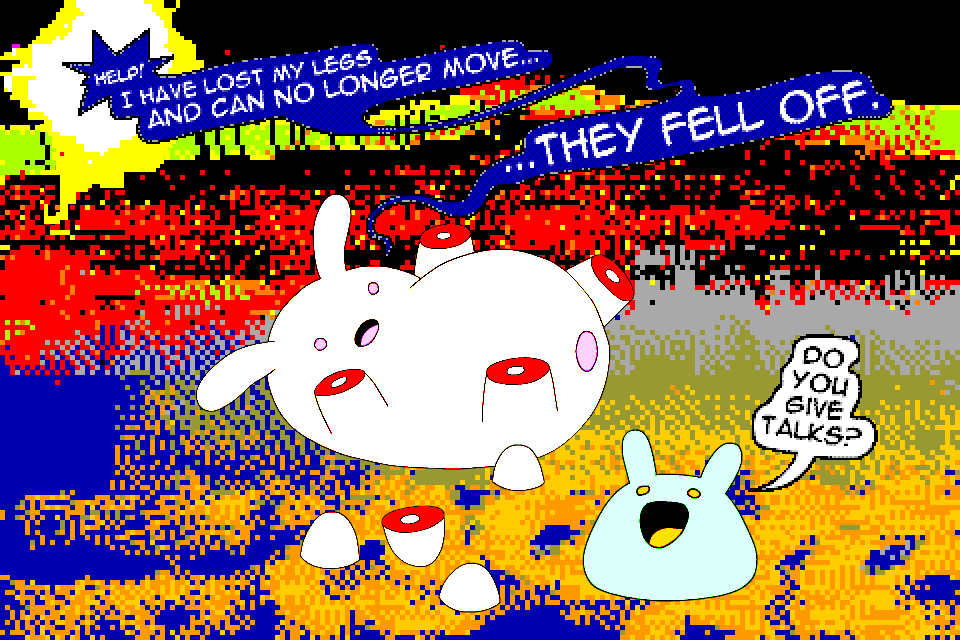 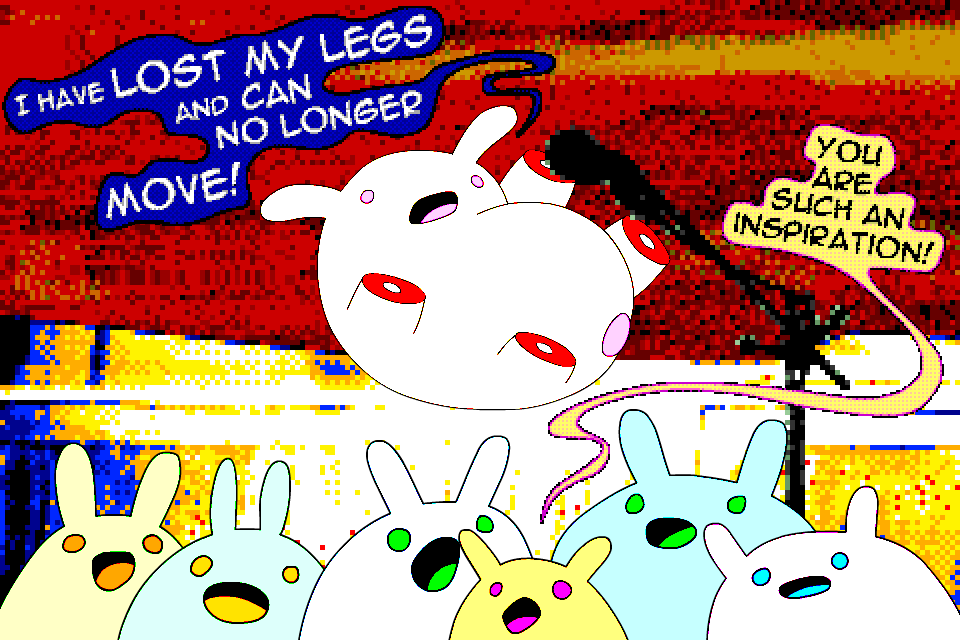 I’m working on number #20. After that, I said that I would hide mini-games (and things) in each page. Interaction would be like one of those Russian dolls. You find a thing inside a thing and inside that is a thing. You can get lost, and I love that. So after this, I’ll do that…

Oh, ya, cool feature. Part of the game asks you to make a talk. You can actually make a talk… for real! It will save the slides as a .pdf. This is great.
It’s a feature rich game! 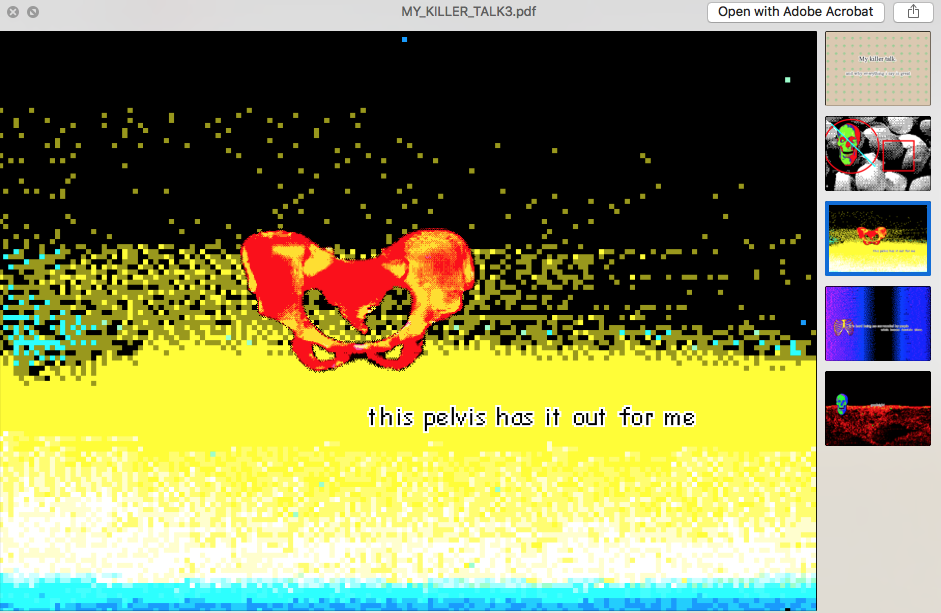 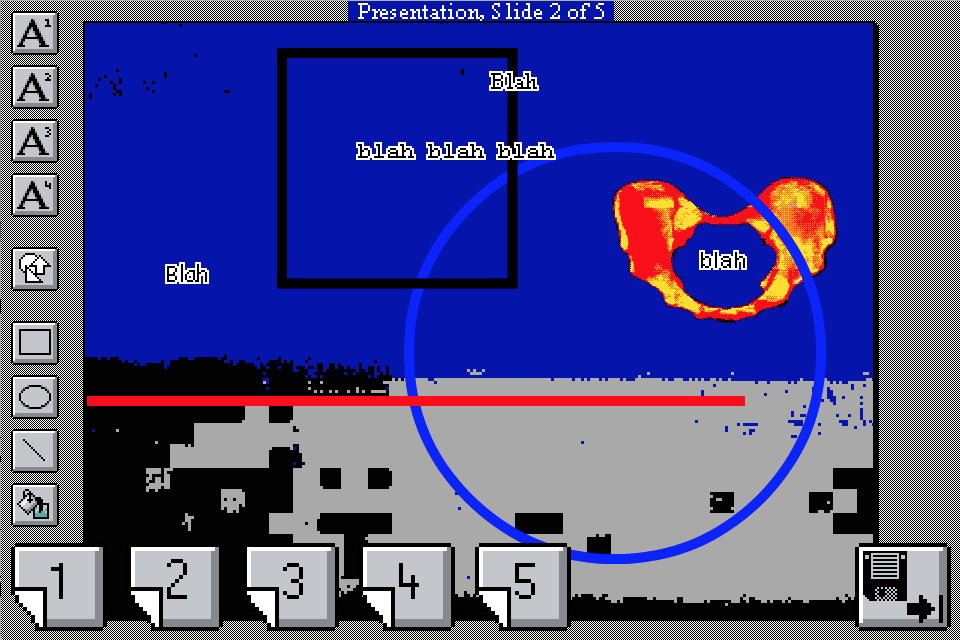 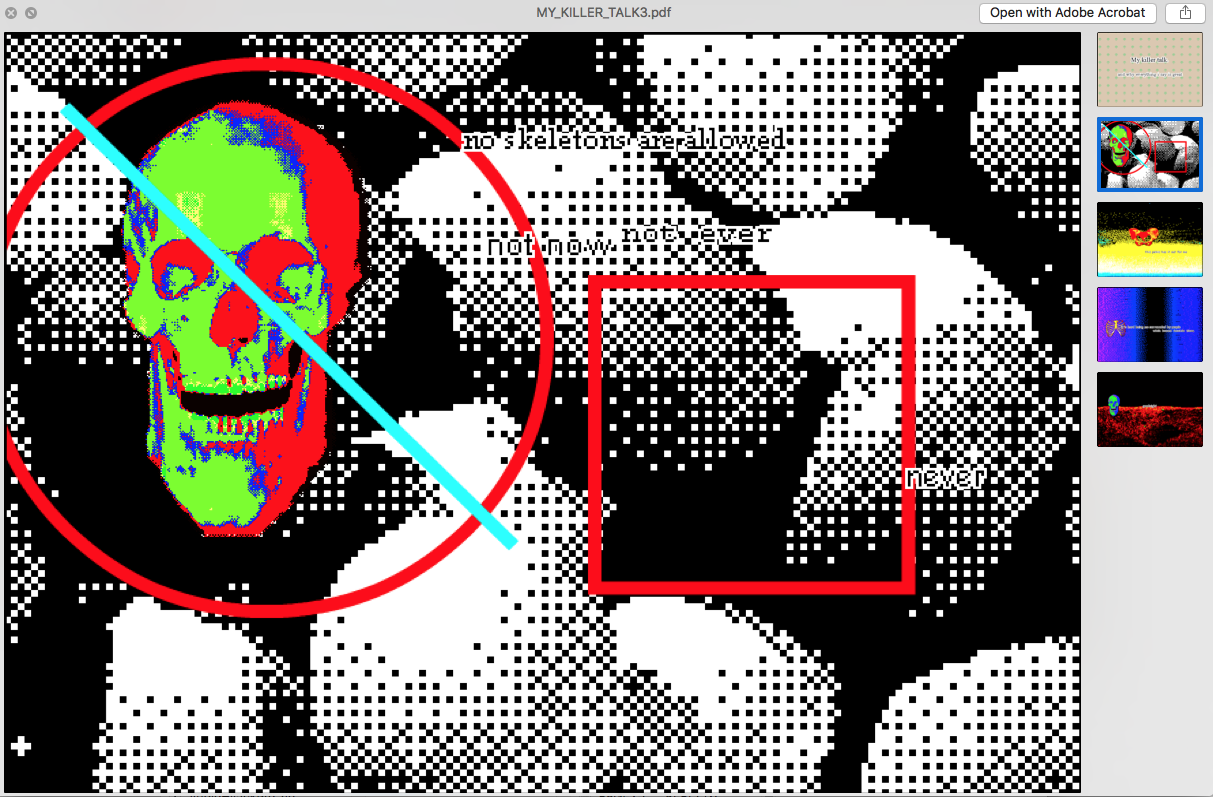 I had a lot more to share, but I think I want to go make the game rather than talk about making the game, so I’ll leave it at that…

so… "everything is going to be ok"
won the Digital Moment Award at Amaze
i couldn't be there in person :(
but this was my acceptance speech! pic.twitter.com/ym3IHdU5VO

The game won Digital Moments Award at A Maze festival in Berlin earlier this month… or last? I’ve lost all track of time, sorry -_-

It’s been pretty amazing. I’m not sure what else to say.
There was this really special thing said about it: 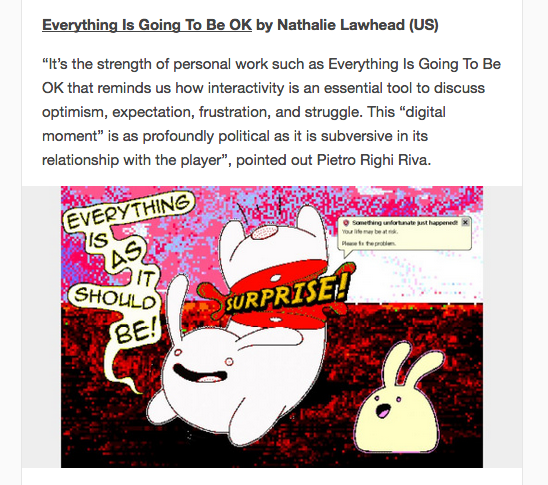 and I’m really touched that it’s seen this way. It’s exactly what I am trying to do.
Thank you!!