I’m going to try something new for this blog and that will be roundups of recommended reading. Here is the first!

There’s a lot that I usually don’t get to share on my social media because that space is heavily game’s focused… so I thought of saving informative things I read, or quality resource, and then regularly sharing them on my blog.

I’m also going to try to focus on sharing things relating to marginalized groups in Europe, as they relate to my own family’s history or (complicated) identity (Eastern Europe and the Balkans).
I don’t get to talk about that background often. It’s mired in a lot of pain and shame. I’m tired of being embarrassed by it, like it’s all just “too horrible” or messy, so (to combat that) I’ll start sharing more writing about these things.

I think this is important because Americans have very little context to these types of experiences, identities, or histories. If a movie has not been made about it then it probably has not happened. According to most of the social justice rhetoric, “all Europeans are colonizers” (even if that is not in line with the history of the side of Europe that you are from).
For example, when I went to American high-school kids would joke an call me a Nazi (this became my nickname) because I lived in Germany for a while, and where I actually was from was too complicated so Germany it is… They would not believe that my grandmother was a holocaust survivor because “only Jews experienced that” (my grandmother was not Jewish, she was Slavic).
I gave up a long time ago on educating Americans about these things because it seems pointless to argue with them. I even gave up on telling people how to pronounce my name (it’s normally not said right), and maybe this is a mistake… It does not seem fair toward people who care. Things are different today. Ignorance is not as cool anymore.
I have a lot of young people following me, who seem to care about educating themselves, so why not try again?

I hope in doing this it will open people’s minds to the experiences of those outside of the US.

Do Romani lives matter? by Conrad Landin
This is one of the most insightful and critical pieces of writing. It covers history as well as current persecution in a heartbreaking humanizing way.
I also urge you to read the “Expulsion, Assimilation, Integration, Inclusion” at the end, because it explains some important history.

“Shocking incidents of police brutality against Roma span from Sweden and Finland to Poland, Slovakia, Slovenia and Greece. It’s a shameful reminder of the entrenched institutional prejudice faced by Europe’s largest ethnic minority, who top the charts of social disadvantage across the continent. Despite growing swathes of the media, civil society, government – and even large corporations – falling over each other to claim that they champion diversity, there is a profound and enduring reluctance to embrace the cause of the Roma.”

“no one never asked” By Szymon Glowacki
This article is a critical (as well as rare) piece of writing describing a personal account.

“The Roma do not like talking about the Second World War. It is almost taboo. Not many of them are familiar with words such as Holocaust or Samudaripen (a word Roma intellectuals came up with). These words are used in the non-Roma world. Amongst themselves, if they talk about the War they usually say, “during Hitlers time” or “during baro mariben – the big fight”. But they don’t talk about it very often.”

This #HolocaustMemorialDay interview is one of the very few testimonies from Roma survivors of the, still, #forgottenholocaust. More stories in the thread https://t.co/rjJBefhB9f

This thread is a resource with more stories. Stories like this are rare, and it’s important to remember them.

It’s a brief introduction to some of the atrocities experienced by Roma and Sinti people during the Holocaust?#dikhhenabister #lookanddontforget https://t.co/cXBuf7iZ7f

The above is a thread further detailing the persecution suffered by the hands of Nazi.
What strikes me most about the above thread is this part because it so highlights that this type of hate still persists today. Not only in terms of violence, but in media as well. Representation toward Romani (or just people from Eastern Europe in general) in pop culture is no exception. It’s painful to see when it shows up.

These come across as all the more vital, for the sake of awareness, because in the following weeks comedian Jimmy Carr made a horrible joke saying the Nazi killing of Roma was a good thing.

Jimmy Carr and ‘the Acceptable Face of Racism’

“Surely it is time, in the 21st century, that politicians and society alike realised that racism against Gypsy Travellers and Roma should not be, in the words of Alan Miller, ex commissioner of the Scottish Human rights Commission ‘the last bastion of acceptable racism’.”

Sinti and Roma demand equality and participation by Sheila Mysorekar
This article describes more history relating to persecution and criminalization.

“In antiziganism, members of the Roma and Sinti groups are indiscriminately labelled “alien” or “criminal”. In other words, millions of an ethnic minority are alleged to have an innate, unalterable tendency to live outside society or outside the law. The majority of Roma have actually led a settled life for generations; however, they are still considered “no­madic”.”

The Persecution of the Roma Is Often Left Out of the Holocaust Story. Victims’ Families Are Fighting to Change That By Rachael Bunyan

Okay, here’s a long(ish) thread now I’ve had a chance to calm down.
The Roma people are of Northern Indian origin. In Europe, Romas are visibly brown, which is what led to a history of persecution, that started off with 500 years of slavery and led to the Holocaust. (1/) pic.twitter.com/Zd6IxChTP2

All this is relevant to the new game I’m making (recreating BlueSuburbia in Unreal). In case you missed it, here is my very first post about it. 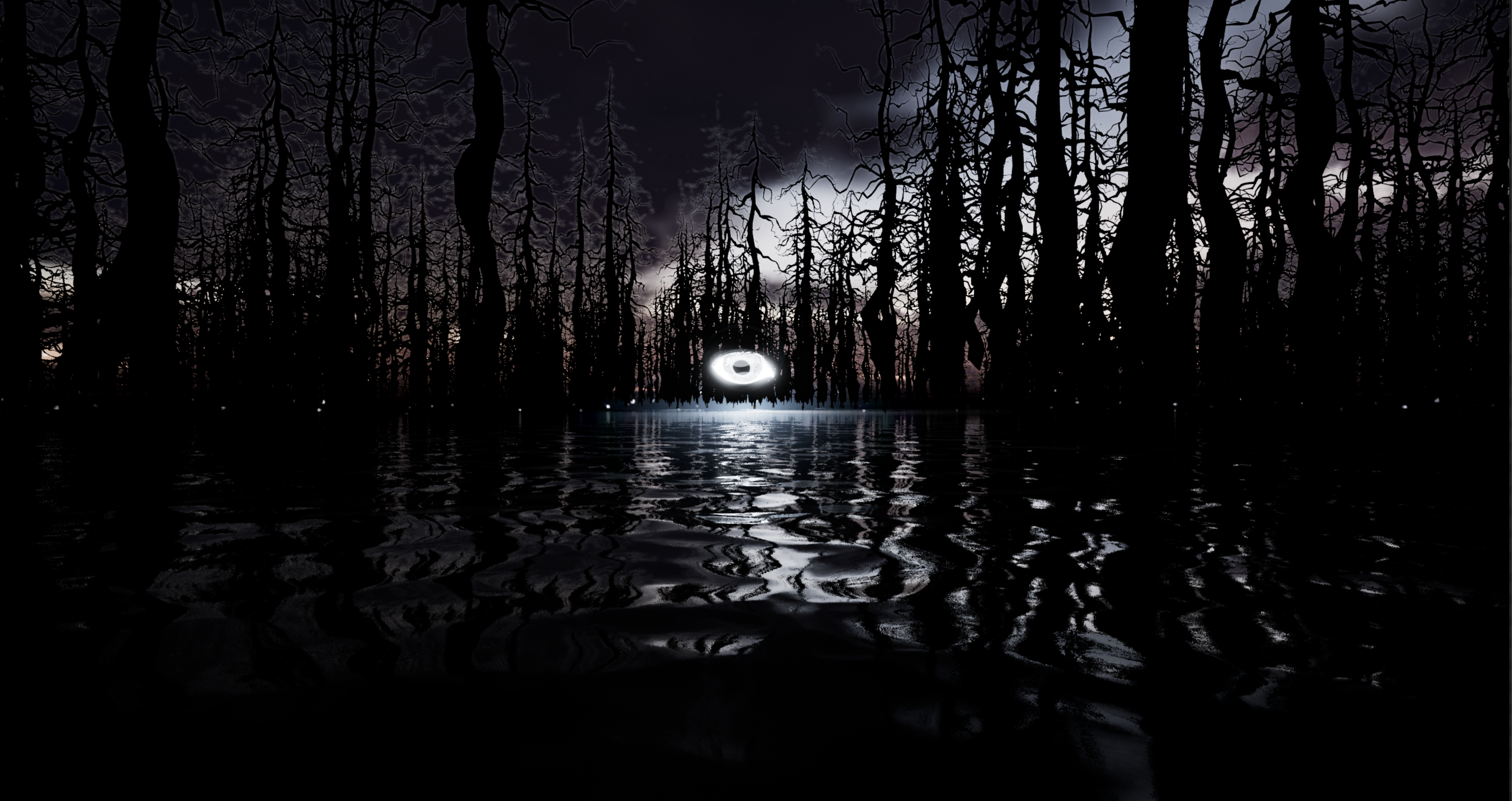 In the opening scene of this new BlueSuburbia, you walk through a forest that grew out of an endless ocean. The sun is setting… The trees are not attached to anything. They are broken from their roots and just floating there. The forest seems dark, like a dead shadow… It’s kind of how I feel about where I’m from.
Roots are an intrinsic part of trees. The trees here are separated from their roots, but still somehow stand despite what may have happened to them.

I talked about the family history (also just history in general) that inspired the original project, which I would like to honor in this new version.
I’ve been thinking a lot about the things just kind of… shunned out of being talked about. The historic guilt placed on families that were targeted by genocide or ethnic cleansing. The alienation from where you are from, and the sense of not having any roots because everyone is dead, gone, or just gave up and quietly integrated.
I’ve been making it a point to share some of these other stories too, relating to these backgrounds… It’s been an emotional journey to say the least. I feel a lot of guilt when sharing. That’s enough tho!
There’s an aspect to all this that I would like to reclaim. I want this new BlueSuburbia to be a memorial to my own and my family’s experiences. I also want it to be a statement of resilience for the future.
My hope for the project is that it will do justice to the past.

To end this post… Here’s a wonderful artist to learn about: