So since my last update the game has been released as early access!

I have to admit, I had no idea that it would blow up this way before it’s even done… I released it as early access to pay for hosting costs, and help with development. You know, this is indie so “any money helps”.

In retrospect, I’m really happy that this happened, and I have had to release it as early access.
It’s amazing to see how it’s being received (even before being officially “done”). I’m also pretty sure that I would have sat on this thing much longer than necessary. So it’s good to have this pressure as a motivating factor (to drive me).
What I find funny about all this is that I always wanted to be one of those people that releases something and their site goes down from the heavy load of traffic just because it’s so “popular”.
Now that I have had that I see that it’s not really… um… something you wish for.
I love this tho. It was even written about on Rock Paper Shotgun!

Showing it at E3 has been a lot different from what I expected. I don’t think it’s the kind of game fit for mainstream game events. People did like it. Most of the feedback has been “I’ve never seen anything like this before”. It was positive. The biggest hurdle has been getting people to view this with an open mind. It’s not a game by traditional standards, and you shouldn’t expect to be game-entertained. Although, this has always been a tremendous challenge to those making “games” that challenge the “game” label (I talked about this here).

I gave this one interview to IndieCade. I’ll share it here because I like how it turned out:

The kind folks at GameJolt also featured it. They have been tremendously supportive of my work… well… they are tremendously supportive of any indie game developer. It’s amazing that GameJolt and itch.io exist. I don’t think games would be half as interesting if it where not for them. They keep the “weird games are welcome” spirit alive.
Hmm… Maybe I should start writing fan fiction about the two partnering up. That would be awesome… Ok, I’m kind of drunk writing this. It’s my first “normal” weekend in a long time.

In regards to an update on “Everything is going to be OK”…
I have five more pages to go! 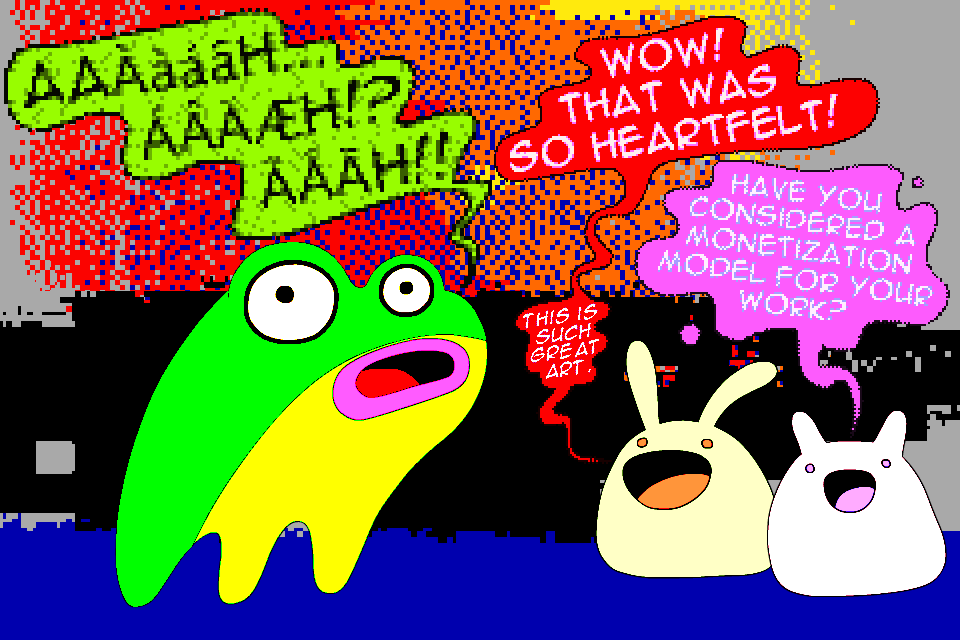 I finished one right after E3, and am working on a slightly more elaborate one. 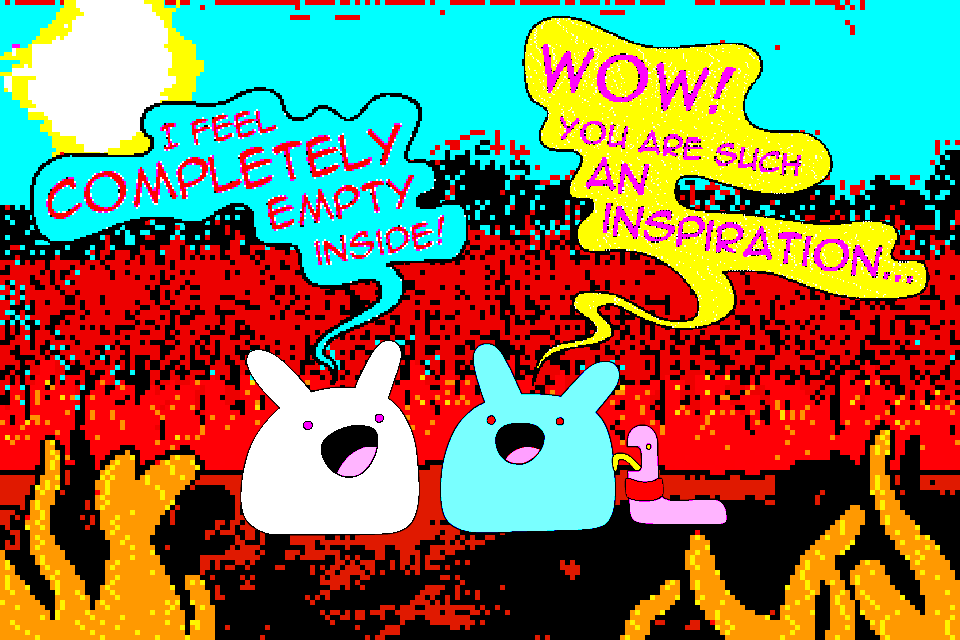 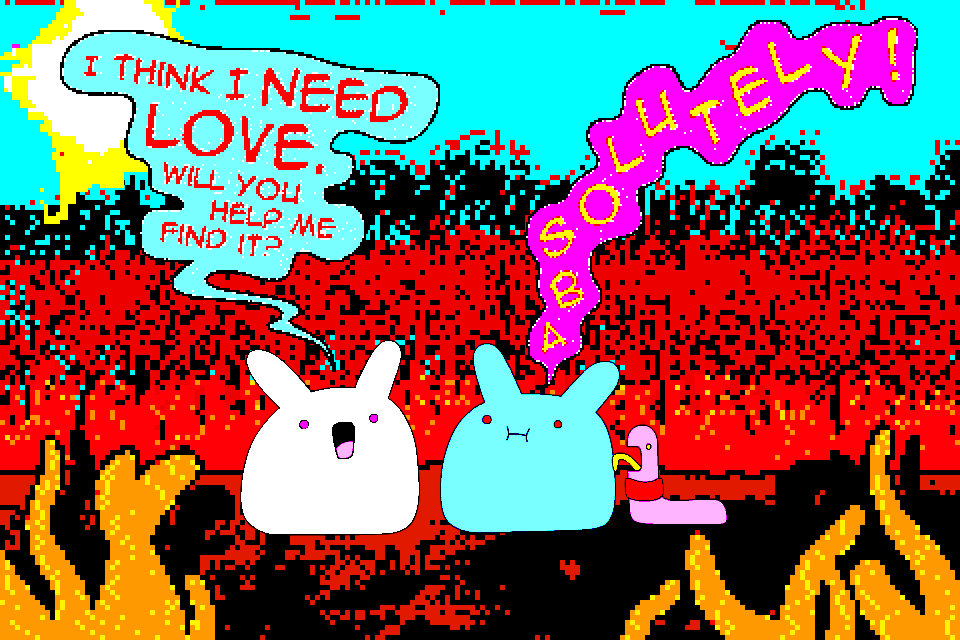 I may, or may not, also hide a larger game inside this game. Keeping a bit with the Tetrageddon tradition. I don’t know how feasible this will be because I do want to release it this year. Finances are a big concern. I pour everything I have into making these.
I am concerned that there will be no interest in this once I fully complete it, but this is just a risk any indie game has to make. These sort of games are so unusual, just making them is a risk.
I’m very proud of the fact that there has been interest in this one.

The thing I am most touched by right now is the tremendous support from people. So many people have bought the game, and payed the asking price ($10). So many others have also payed more than the asking price. It’s amazing, and I’ll never forget this. It tells me that what I am doing is important to people, and I should keep doing it.

Indie Games Searchlight made a video about Tetrageddon Games:

I sincerely appreciate how they mentioned Web 1.0 in context of this game. The “old web” is a huge inspiration to my work, and something I very much miss. I sometimes feel like I lost a loved one to cancer in regards to how that movement just died out.
How they talked about this entire artistic movement just vanishing really means a lot. The fact that this gets just talked about is important… ugh, my English is dying. Ok, I’ll go back to getting drunk and working on this game.
So… huge thank you to Mark for this video!