It was my sister’s birthday… birfday… wait! Barfday this Wednesday and as is the case with barfaygirls she requested (demanded, by the high order of birthday wishes) I create a custom recipe for raw cupcake to commemorate her.

So, Tanja, This is dedicated to you. 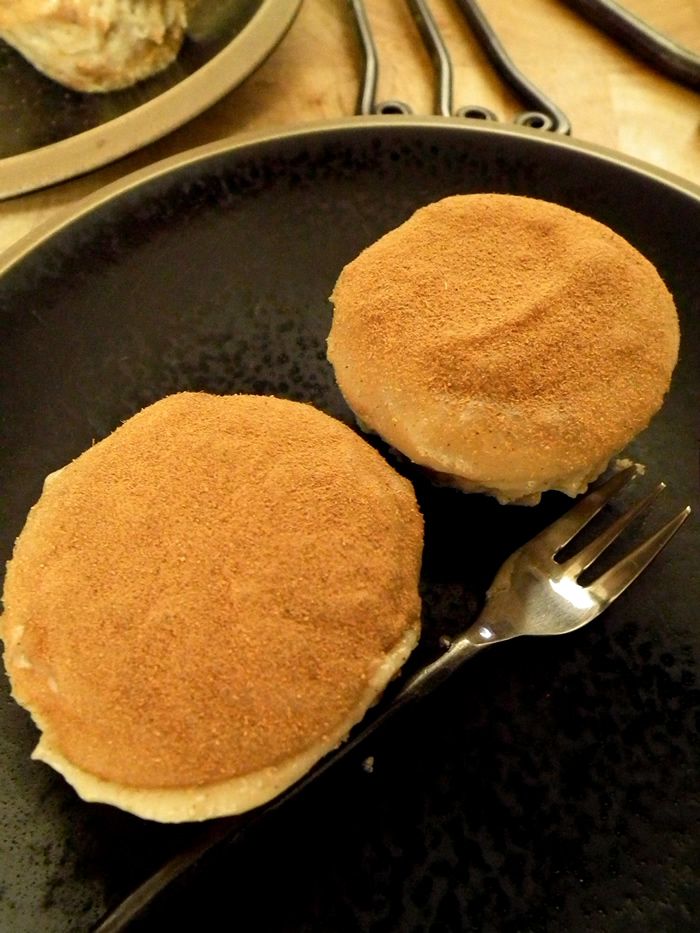 Adding Coconut oil ensures that they harden when you refrigerate them. The more you add the more “firm” the cupcakes will get.

There’s books written on the “Miracle of Coconut Oil”. This information is from “Rx: Coconuts! (The Perfect Health Nut) by Vermen M. Verallo-Rowell.”

Coconut oil will help loose weight. It is lower in calories than any other oil in your diet, and increases energy expenditure and satiety.
This is because it is made up of mostly medium-chain fatty acids (medium carbon chain). Foods that are made up of mostly medium-chain fatty acids are absorbed easier, are used up faster, and have fewer calories per-gram. Less of their fatty acids become stored in fatty tissues than do those of foods composed of long-chain fatty acids. Long chains are physically longer so they take longer to get through your digestive system, have more elements to break down for energy use, and increase the risk of being stored as fat.
Coconut oil is cholesterol free.
Coconut oil is low in carbohydrates.
Coconut oil is free of hidden carbohydrates.
Coconut oil is trans fat free.
With its low linoleic acid content coconut oil does not make arachidonic acid-derived prostaglandins that may make blood prone to clotting. Studies show evidence that populations from coconut-eating countries are heart-healthier than those from non-coconut eating countries. The incidence rates of coronaries soared to their current heights after coconut oil was virtually removed from American diets, and when eating coconut oil, the good HDL cholesterol goes up while the bad LDL remains the same.
Virgin coconut oil has been shown to contain lauric acid, which is surprisingly similar in makeup to mother’s milk.
It staves off infections, protects against viruses and bacteria, and it can help you get rid of potentially disease-causing organisms. Drinking virgin coconut oil as a nutritional supplement helps keep the stress of a possible infection away.
Monolaurin, the monoglyceride from coconut’s lauric acid, has been shown in the laboratory to have a broad-spectrum antiseptic action against bacteria, viruses, and fungal organisms.
Applied to the skin it helps treat acne (in many cases acne is fungal related, coconut oil kills this).

Other online links on the subject are:

There are (literally) books written on the subject.
I could spend all day on this… So! Moving on…

*Raw Organic Honey (Preferably orange honey)
I really recommend using ORANGE honey for this recipe because of the aroma it leaves behind. It’s really a heavenly honey that tastes like the orange flowers smell, and if you’ve never smelt them before you’re missing a lot. It’s a very beautiful scent.
Orange honey is ideal when you make “vanilla”, angel food type, or fruity recipes.
IF you where to make a chocolate version Avocado or Buckwheat honeys are the best. They’re more “caramel” in flavor, and work well with the deeper “nutty” tastes. 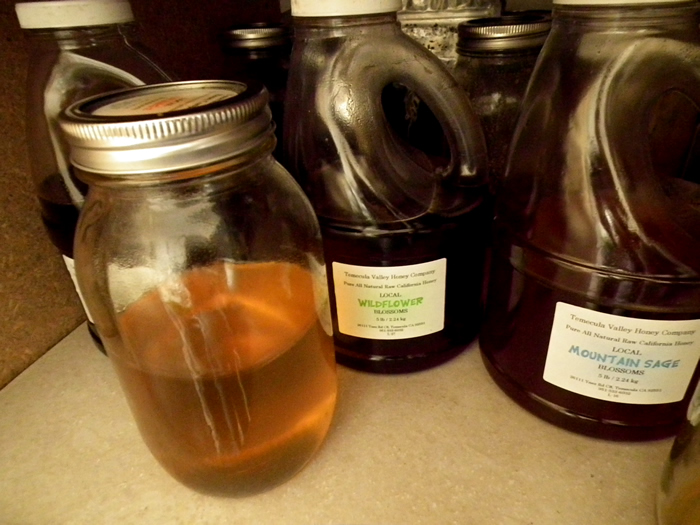 *Any Kind of Sweet And Sour Dried Fruit
Such as apricot, jakfruit, dried persimmons etc… In this case I am using dried pluots that the lovely “fruit lady” at the Saturday Irvine Farmer’s Market provided. She has the best selection of seasonal fruits (most notably persimmons) and dried fruits. 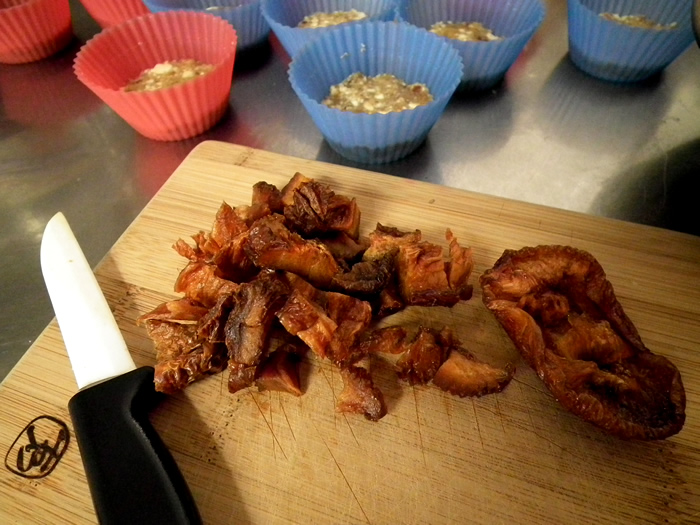 *A Citrus Fruit (Lemon or Orange)
I suggest Lemon because it brings out the Orange honey the best.

*Single Cupcake Holders (any you can easily peel off.)

In a Blender Combine… 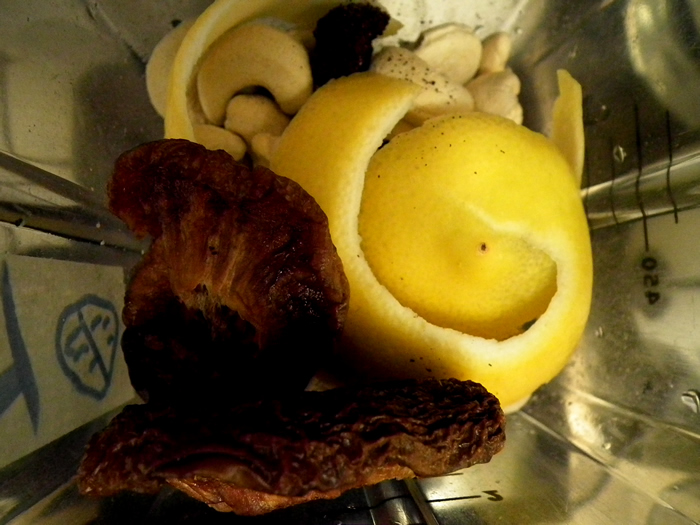 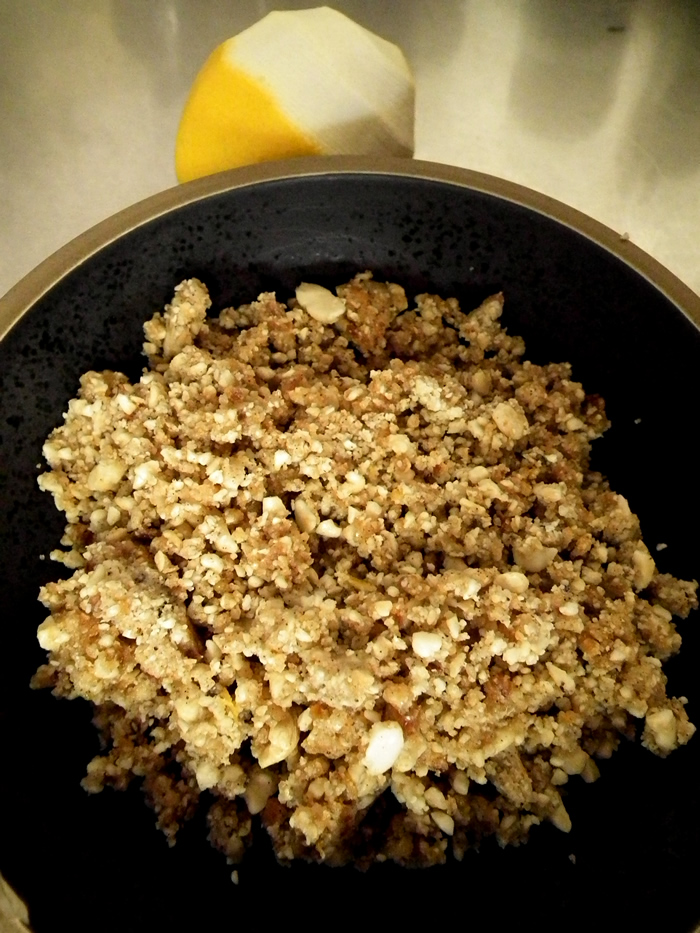 AT THIS POINT you could make your own raw power bars with this. That’s what the raw powerbars really are. Unfortunately the store bought ones are often labeled raw when they really are not.
If you make your own raw powerbars, you can rest assured that you’re not being ripped off (price wise as well as in freshness).
Besides! You’ve got the added benefit of unique creative expression when you cook on your own! :D 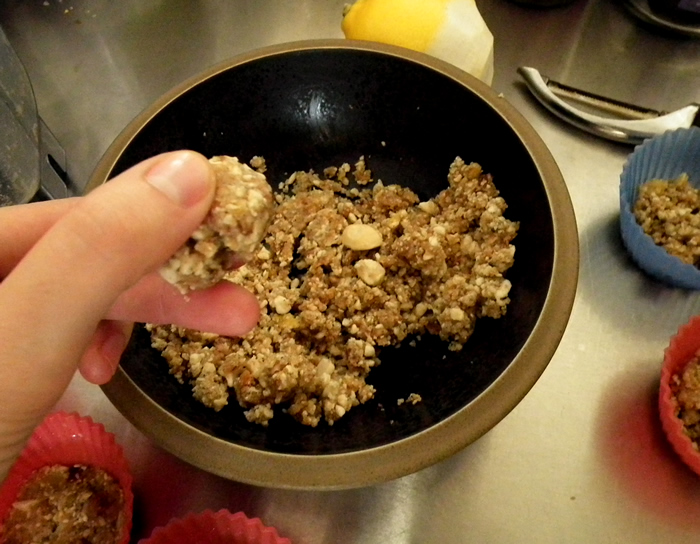 *Pat down the “dough” into the cupcake shapes 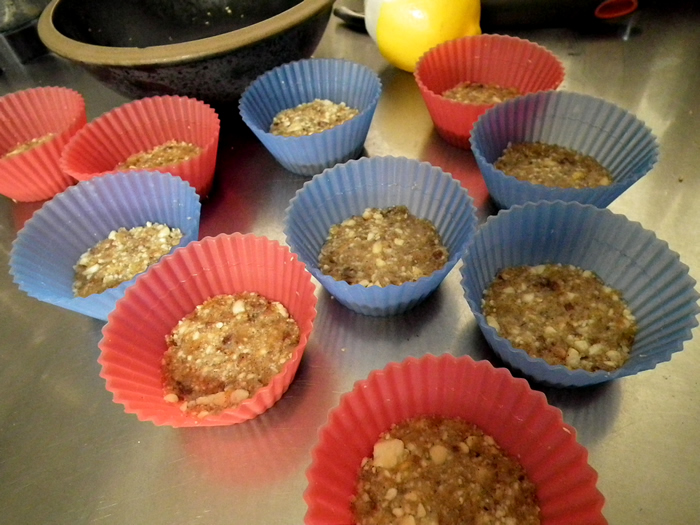 In a Blender Combine…

*1/2 – 1 Cup Water
*1 Cup Coconut Oil
*1/2 Cup Honey (Orange honey preferably. Although this is for the European “sweet” preference. For the American or French sweetness make it 1 cup.)
*1/2 Cup Cashews
*Fresh Lemon Peel (Peel the other half of your lemon)
*Lemon Juice (just squeeze in your now completely skinned lemon)
*Vanilla Powder
*1/4 teaspoon Cinnamon

**Blend till Smooth… Or chunky-ish if you like it that way.

*And for the extra special touch 2 chopped pieces of Dried Fruit
*Blend until slightly choppy
That will give it a very special fruit touch. As you let it sit in the fridge the fruit will also re-hidrate and you’ll have small pieces of sweet and sour dried fruit. It will really complete the recipe. The fruit pieces bring out all the other flavors, and vice versa.

…At this point you’ve made you’re own gourmet sweet Raw Nut Butter (at half the expense of store bought ones). Congratulations! You’re a budget food alchemist.

*Pour the filling into the cupcake shapes

The trick to get it the powdery look most places get when they decorate cheesecakes, cakes, or cupcakes with cacao, sugar, etc powders is that they use a sieve. In this case you can use a fine tea sieve. One teaspoon of cinnamon covers all the cupcakes nicely. 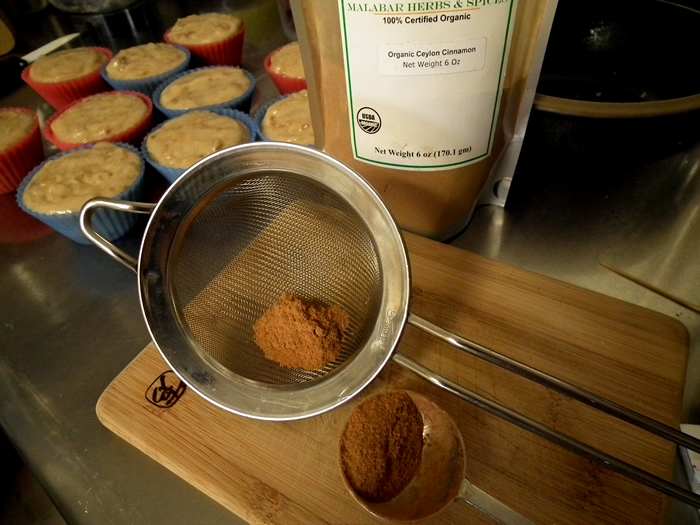 *Place them on a cutting board (A.K.A. raw bake tray)
*Throw them into the fridge to harden (A.K.A. the raw oven to raw bake) 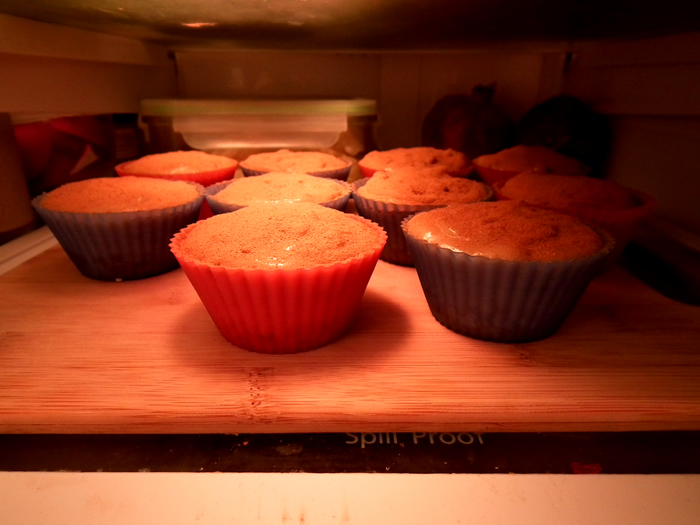 Eat, serve, give it to someone you have sentimental feelings for, and enjoy! 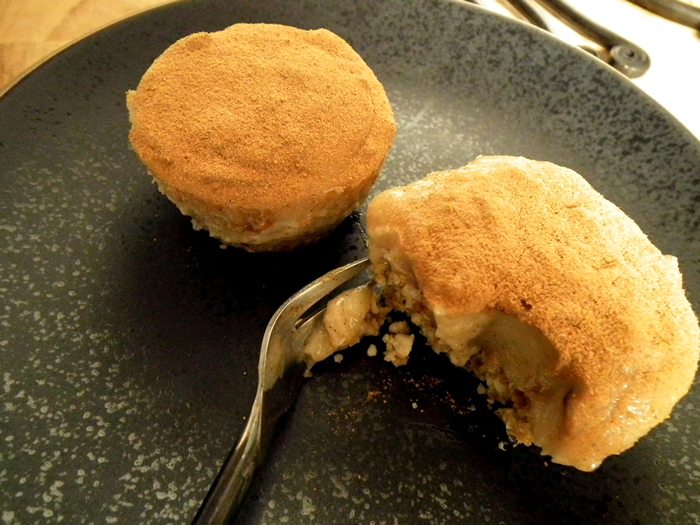